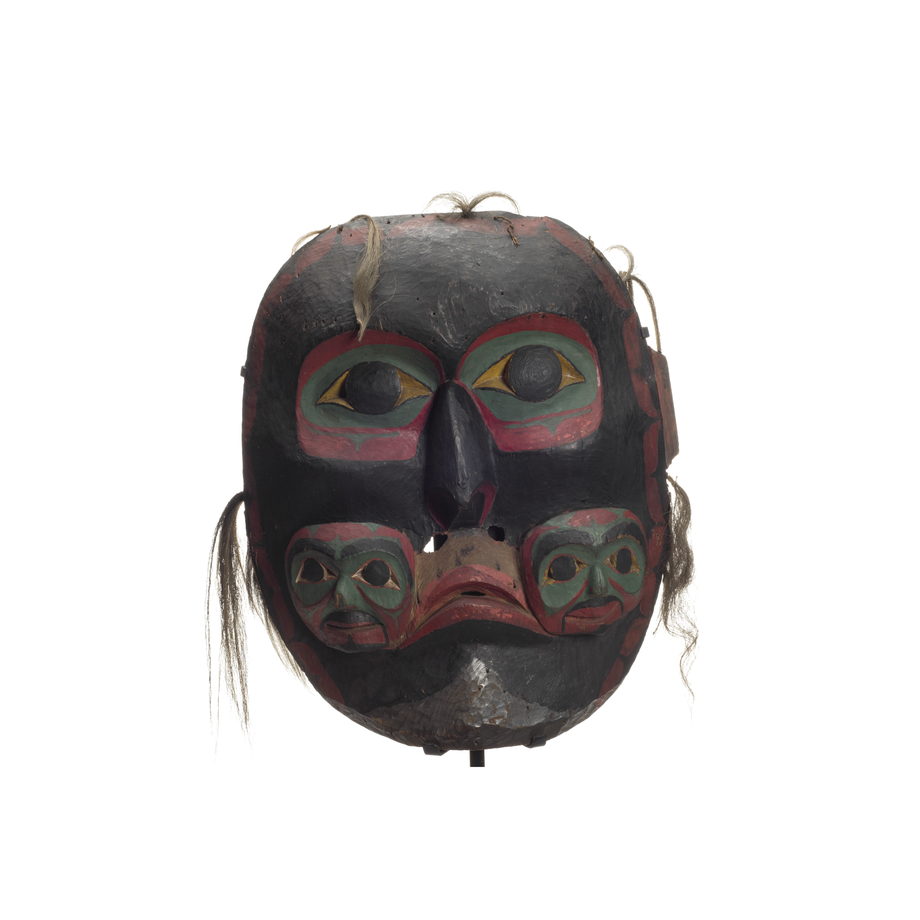 Unidentified and unattributed to its original owner. Was repatriated from NMAI.

Unidentified face mask, possibly an Imas or Ancestral Spirit Mask. It has not been identified or attributed to its original owner. Rather flat, this large mask is meant to be worn and the sight holes are just below the nostrils. Judging from its size, the mask seems to be an important one. The large central face appears to be human and has hair pegged along the top rim. The sides of the centre face have long slender flat appendages that are painted with designs; this might indicate a supernatural being that has the ability to transform and is presently in human form. The central face does not seem to have facial hair painted on it except for the silver chin that could be a goatee. This seems unlikely and it may be an addition to break the black design that is thick along the chin line. The two smaller faces that are emerging from the cheeks of the main face could represent children or a measure of the greatness of the main character compared to other people. The two smaller faces are men with moustaches and goatees to accompany their smiling faces. This mask could represent a great ancestor that is carved on such a large scale to emphasize its huge stature amongst its tribe. The smaller faces could also possibly be descendants of this great character or possibly other chiefs, smaller-ranking in comparison. This speculation would lead one to believe that it might be an Imas or Ancestral Spirit Mask. It appears to have a lot of detail and is one that is not common to present collections. The large mask is painted in black, red, green and silver or graphite with a little natural wood showing underneath the nostrils. Black, red, green, graphite, brown.