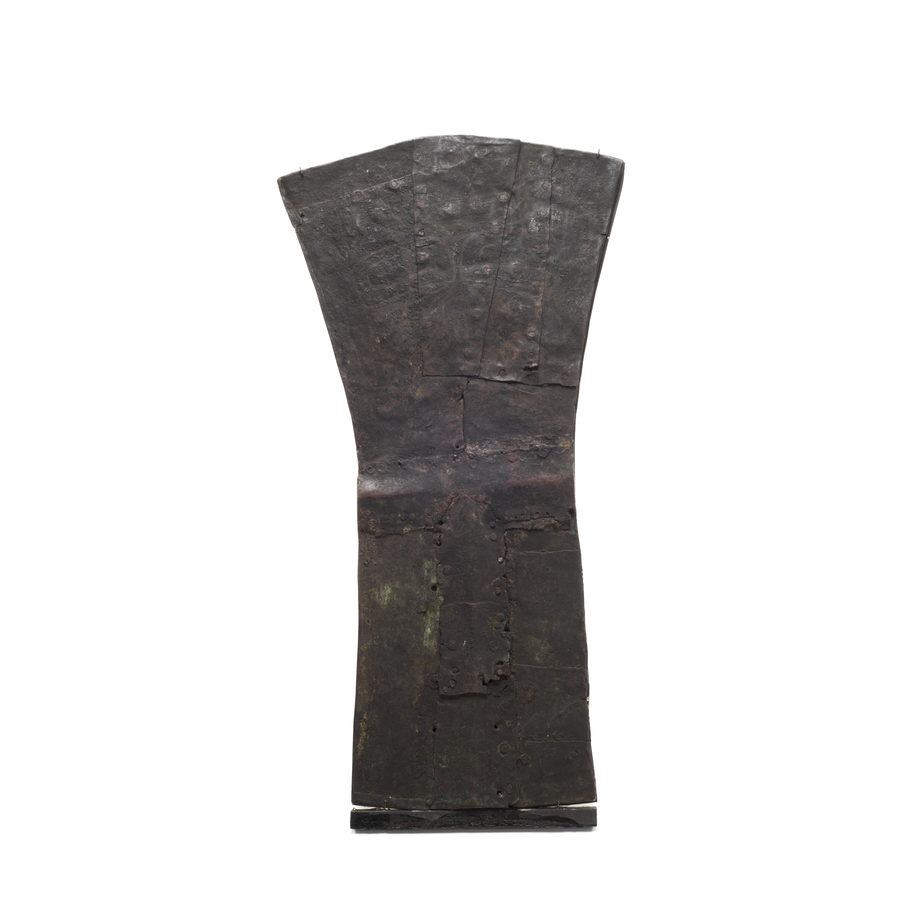 Owned by Johnny Drabble until its forced surrender to Indian Agent William Halliday on March 25, 1922. Halliday later displayed and photographed the seized pieces at the Parish Hall in Alert Bay. After doing an inventory, he crated the items in June, and at the end of September he shipped them to Edward Sapir at the National Museum of Man (now the Canadian Museum of History). They remained the property of the NMM until their repatriation by the U’mista and Nuyumbalees Cultural Societies in 1979. Later, the National Museum of Man hired George Hunt to record the history of the 20 coppers taken from Alert Bay. His account of this copper can be seen in the Winter 95/Spring 96 issue of U'mista News.

T´łakwa Copper named Guwi - Raven in Hiłdzakw Bella Bella dialect belonging to Johnny Drabble from the Dzawada’enuxw. The copper is made from several pieces of sheet copper riveted together. The surface is very uneven with many overlapping metal strips. The face or upper section is flat, and the “T” or backbone is shallow and poorly defined. The copper is painted black and a crest design is etched through to the metal on the upper section and vaguely displays a face with ovoid eyes and eye sockets with upside down U-shaped ears above. The mouth is very small and could artistically represent a raven’s fine beak facing forward. The design is faintly scratched into the metal and is barely visible. The copper is very old and has corroded away in some parts. It has been patched together many times.