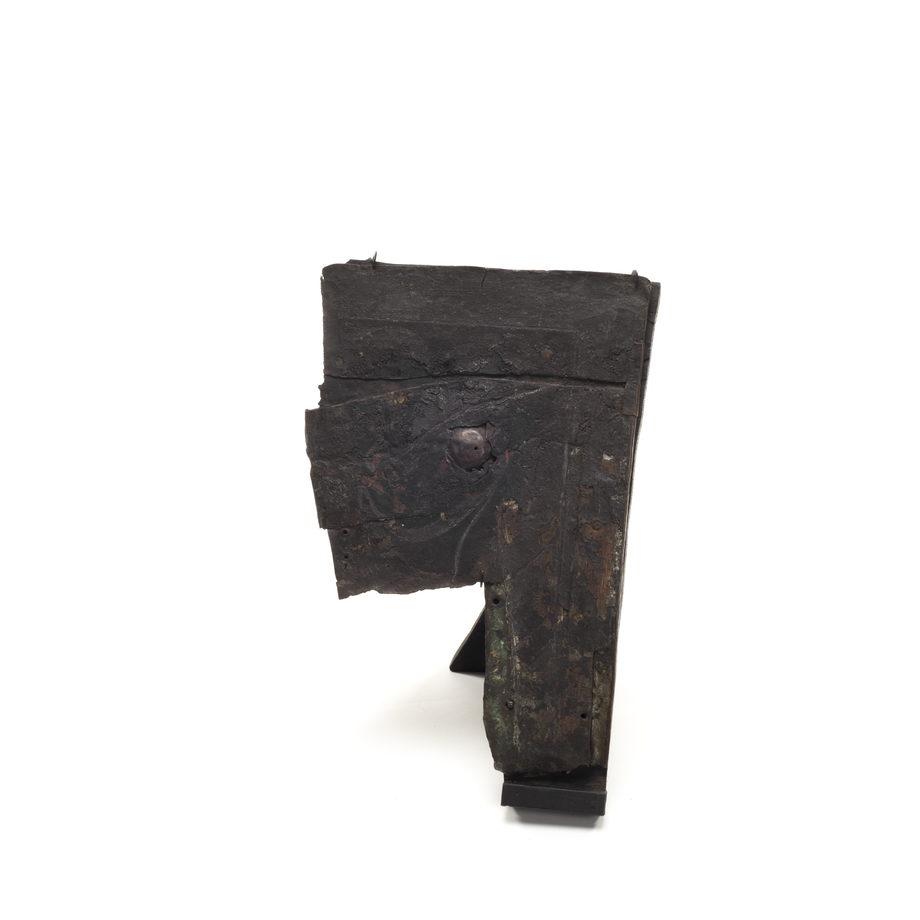 Owned by Johnny Drabble until its forced surrender to Indian Agent William Halliday on March 25, 1922. Halliday later displayed and photographed the seized pieces at the Parish Hall in Alert Bay. After doing an inventory, he crated the items in June, and at the end of September he shipped them to Edward Sapir at the National Museum of Man (now the Canadian Museum of History). They remained the property of the NMM until their repatriation by the U’mista and Nuyumbalees Cultural Societies in 1979. Later, the National Museum of Man hired George Hunt to record the history of the 20 coppers taken from Alert Bay. His account of this copper can be seen in the Winter 95 / Spring 96 issue of U'mista News.

T´łakwamut - piece of copper belonging to Johnny Drabble of the Dzawada’enuxw. The name given for the copper is Mawak'a - Sea Lion in Awik'inuxw Rivers Inlet dialect. The value of Mawak'a is $3,000.00. This oddly-shaped copper fragment is from the upper right section that is usually the first piece chiseled off from a copper. Whether this piece carries the value given in its history by George Hunt is uncertain. Normally, the “T” or backbone of the copper carries the value and status of the copper after all pieces that can be broken are taken off. This copper fragment is made from several pieces of copper sheets soldered and riveted together. The piece has two or three layers of black and graphite paints covering the surface and the metal is etched into to reveal a crude design. The paint is so thick that it is flaking and chipping away. There appears to be white chalk used to redraw or outline what was the original design. A domed eye has been hammered out and a hole has been cut through the top layer of additional copper to allow the eye to peek through. The convex copper eye has eyelids on each end.