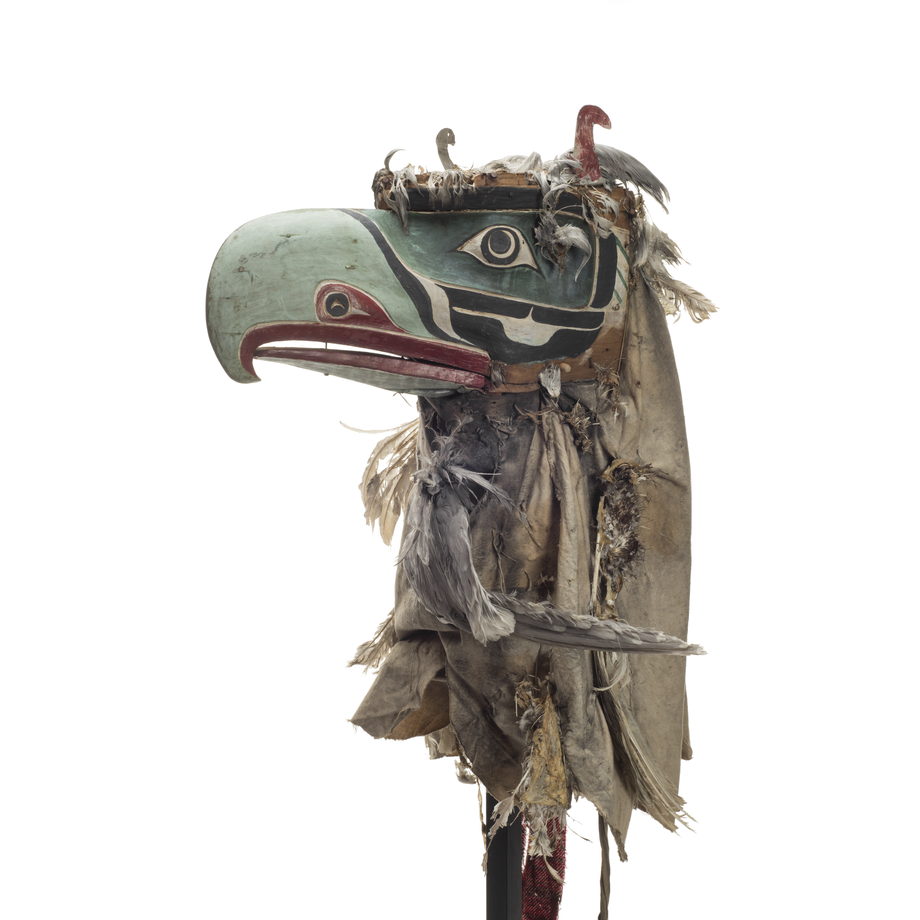 In many legends, Kulus is referred to as the younger brother or sister of the Thunderbird. Kulus does not have feathers and is noted for its very thick coat of white down; it is said to be so thick that the bird has the tendency to perspire, and is happy to remove his covering and become human for a while. This refers to the ability, like Thunderbird, to transform and become human. In many origin stories, a Kulus flew down from heaven and shed his costume to become the founding ancestor of the tribe or clan.

Carved and painted bird mask, with an articulated lower jaw, topped with disproportionate "horns" of metal painted red. A metal disc is nailed on for each pupil, although these are painted black. Feathers are attached to the V-shaped top of head (above the eyebrows). A white cotton cloth surround falls behind the mask, up to its bottom edge. Feathers (including a gull wing) are sewn onto the cloth.