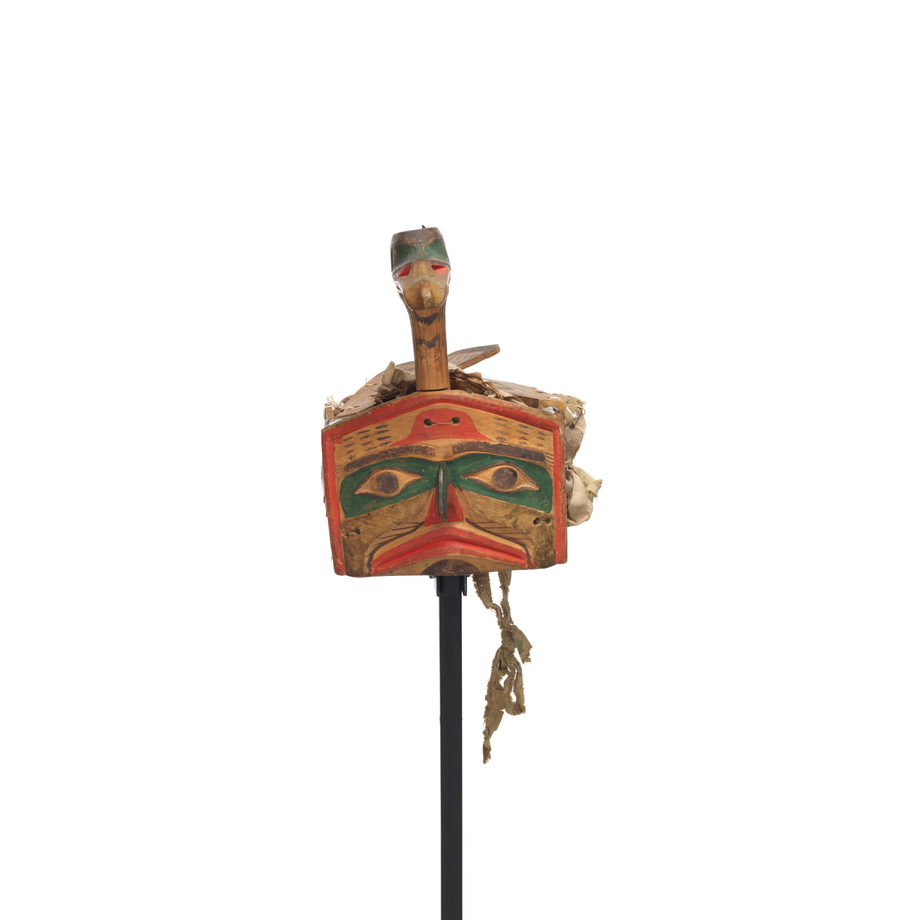 Bird headdress, carved from alder in nine separate pieces. The five-sided central piece depicts a human-like carved hawk face. The head-ring itself consists of two twig hoops, originally separated by upright twig supports lashed to them, the whole thing bound with strips of white cloth. The carved pieces are bound to the twig framework with cords. There are four separate wing pieces and a tail. The duck’s head slots on to a tenon joint on the neck. The neck is lap-jointed to the hawk’s head and also bound with cord. The hawk’s beak has a tenon which slots into the face. There are two wood pieces on the sides to represent the wings, two wooden flight feathers on top and a wooden tail at the back. A small piece of white cloth is tied to the twig framework to cover the top of the headdress. There are nails in the top of the duck’s head and in the upper edge of the hawks’ head, which indicate attachments, (possibly bird skin), now lost. The design is painted in black, red and green. There is also some gold paint on the cheeks of the Hawk-Man.