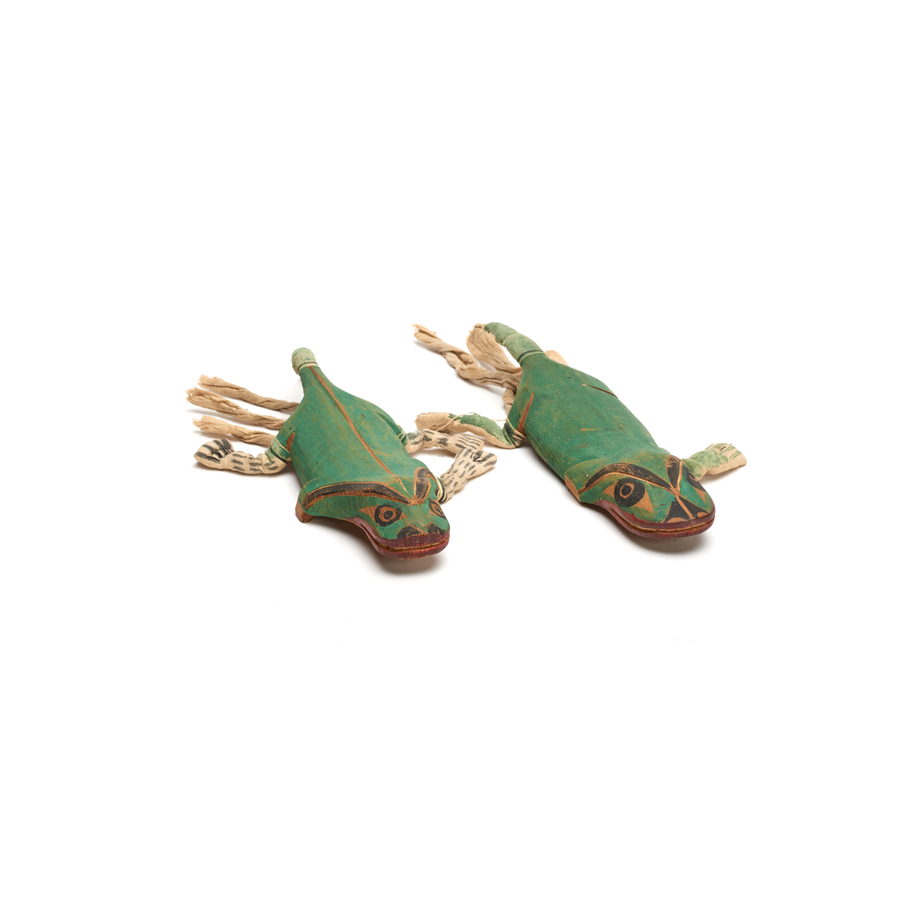 Salamanders - Wild-Man of the Woods Costume

The carvings probably represent salamanders. Both bodies are carved from red cedar with flexible legs and tails made of stuffed cloth bound with string. The bodies and appendages are painted green. The carvings feature black eyes, eyebrows and nostrils, and red lips. The right front leg is missing on carving, and the right front and left rear legs are missing on the other. Cloth strands on both suggest these were tied to the dancer’s limbs, probably forearms. Green, black, natural wood, red, white.