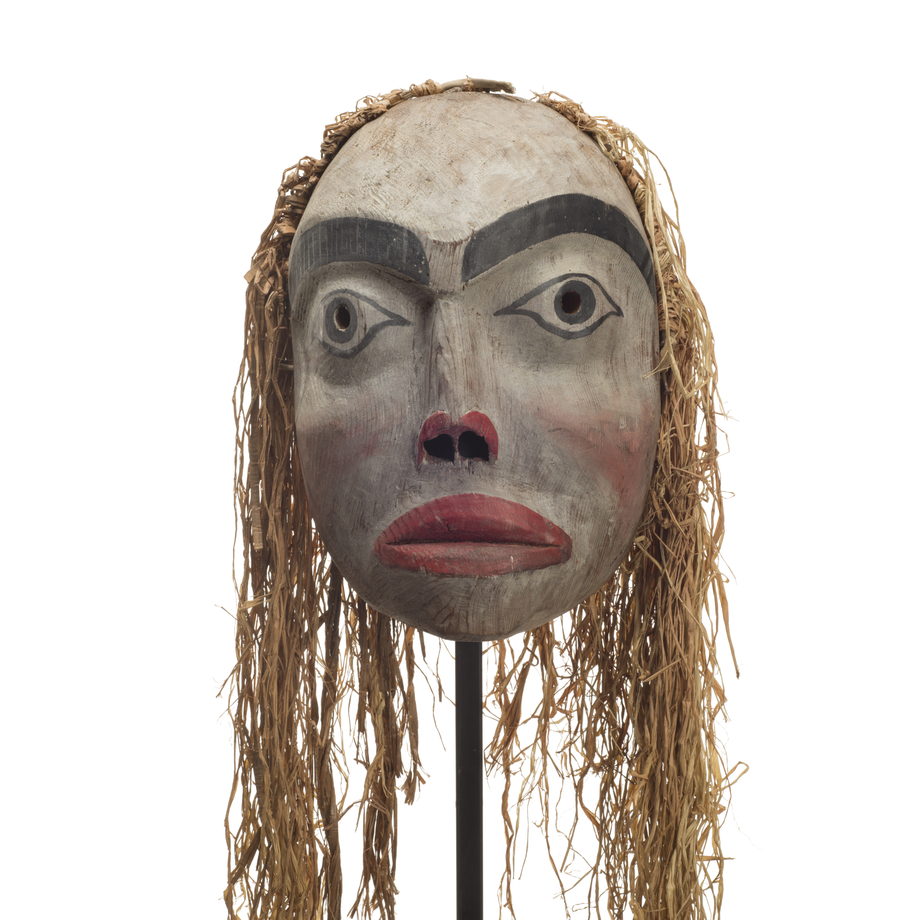 Atłak´ima (Dance of the Forest Spirits) Mask belonging to Harry Mountain from the Mamalilikala. This humanoid mask has a soft round face with rosy cheeks, red nostrils and thick red lips. The cedar bark trim around the rim is quite long and may suggest long hair.