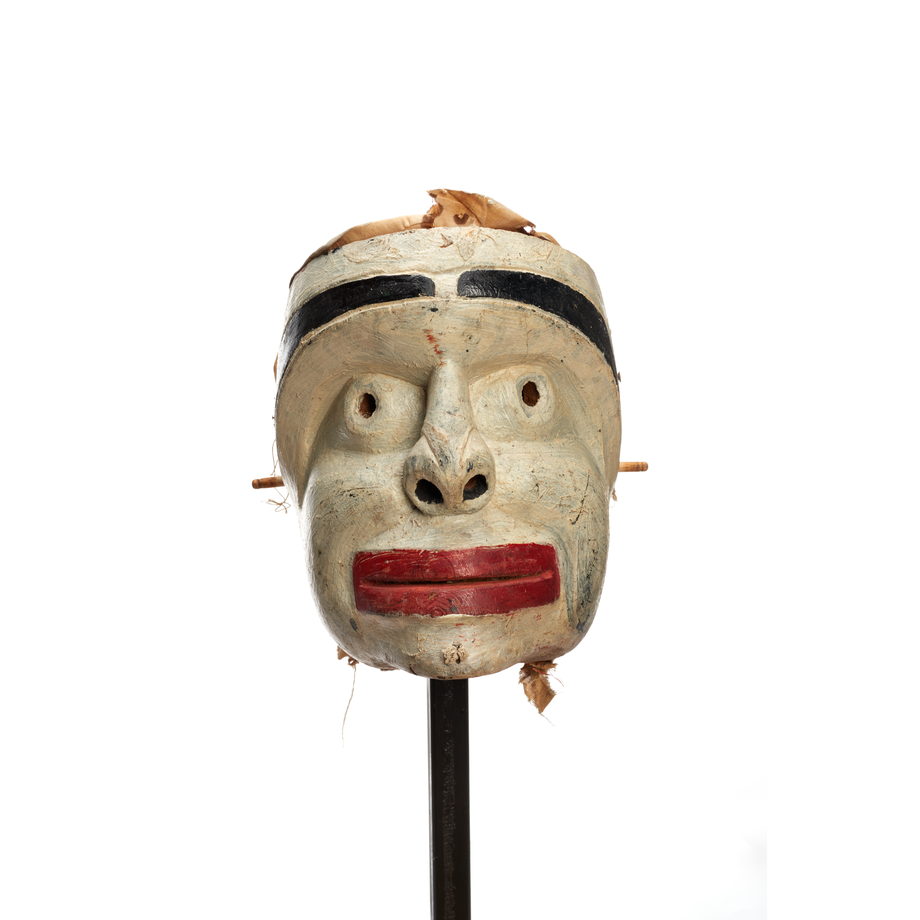 Atłak´ima (Dance of the Forest Spirits) Mask belonging to Harry Mountain from the Mamalilikala. The mask is well carved and must have been very powerful when it was first created. The forehead and brow are very thick, creating an overhang above the eyes. The eyebrows are painted black and are thick, suggesting that the character is male. The sight holes are carved through at the eyes; the mask has no eyelids. The nostrils are also carved through and may assist in the wearer’s vision. The lips are painted red and are closed, unlike most Atłak´ima characters that have lips that are pursed and slightly open. The lips are boldly carved with the upper lip protruding, producing a prominent upper lip. The entire face of the mask has been whitewashed and it has “Mountain” pencilled on the back identifying it as part of Harry Mountain’s Atłak´ima series. This suggests that the mask was repainted and had another function prior to its final overhaul. The white washing signifies that the mask is a spirit and is consistent with most Atłak´ima masks. The eggshell-colored whitewash paint is thick and textured but the underlayer of darker paint is still visible. A cotton cloth is nailed to the top rim and sides to conceal the dancer's head. There is also cotton twine hanging that was used for straps to tie the mask to the wearer's head.