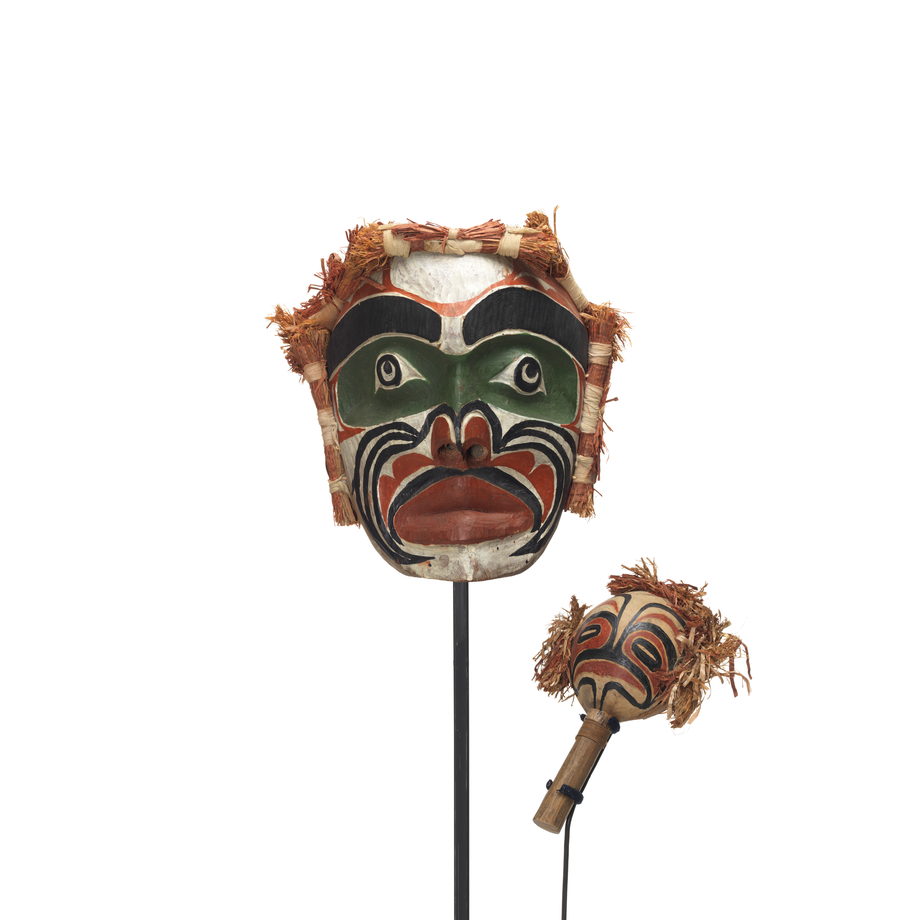 Imas: The Imas is the founding ancestor of a given ‘namima or extended family group. There are different rankings for Imas which can be claimed by different family lines within the ‘namima. At a memorial potlatch, the Imas is shown. It is believed that the spirit of the ancestral being is present to witness and validate the transfer of all the deceased's privileges to the designated inheritor. When the Imas enters into the Bighouse, the attendants would spread mountain goat pelts on the floor for the Imas to walk on. The spirit of the first ancestor, as well as that of the recently deceased are called into the Big House to approve the transfer of privileges. The dancer travels in a counter-clockwise motion around the room in a slow, dignified manner.

Yadan: Large round rattle painted on both sides to represent an animal head, with a thin rope coiled around the base of the handle. Cedar bark is attached to the sides and top of the rattle. There is also a distinct separation between the two halves of the rattle so they are not completely joined.

Imas: Carved from one piece of red cedar. To the sides and top edge are nailed five bundles of shredded cedar bark (red-dyed and natural), bound with strips of cloth. On the back is nailed a piece of heavy canvas, used to cover the wearer's head. The carving is painted overall in black, red and green on a white background. There are several inclusions in the green painted surface.