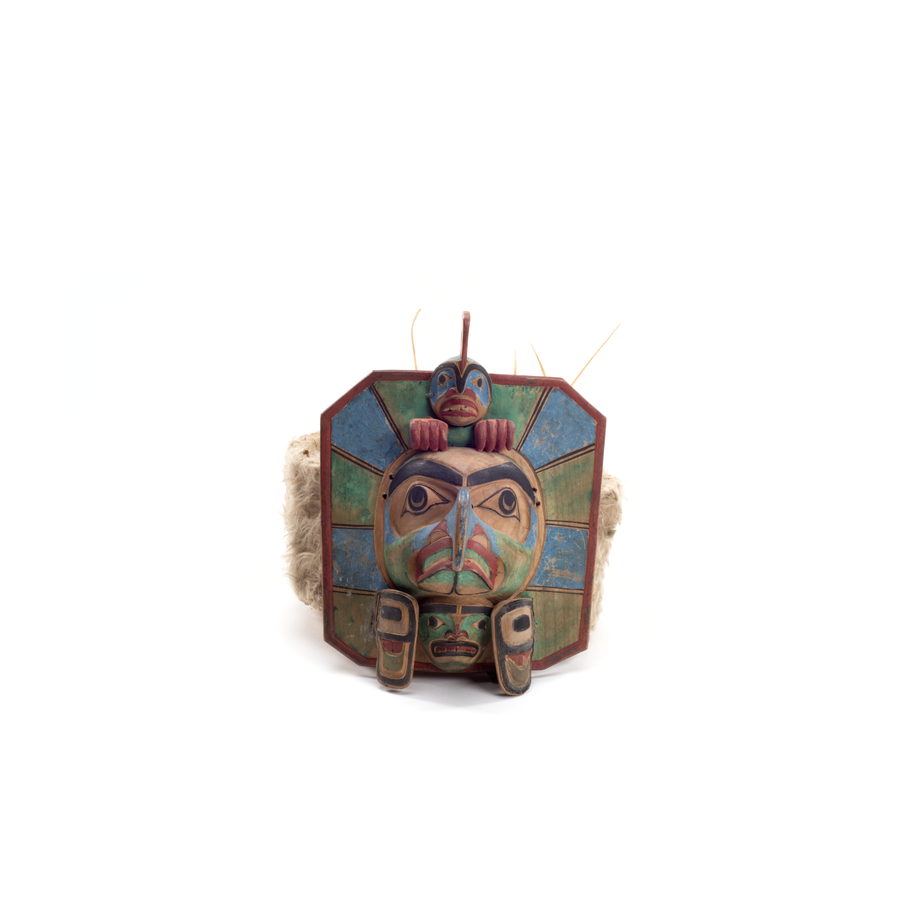 This finely carved and painted frontlet does not have inlay like the others. This frontlet is missing a train of ermine and sealion whiskers or whale baleen to complete the crown.

Surrendered to Indian Agent William Halliday on March 25, 1922. Halliday later displayed and photographed the seized pieces at the Parish Hall in Alert Bay.

Chief's frontlet, mounted on a head piece of simulated fur with animal hair and four remaining sea lion whiskers inserted at the top. Square-shaped with the corners cut off, the frontlet is carved with three figures in high relief: the central face depicts a bird, probably a thunderbird with the nose recurved to touch the lower lip. Above the central face is a small humanoid head with hands with clenched fists. What looks like a dorsal fin protrudes above the head, and suggests that it represents a killer whale in human form. In lieu of the bird's chest, the bottom part shows a pair of wings enclosing a small humanoid head. The wings and chest might also be interpreted as the killer whale's fins and tail. The frontlet is decorated around the crest with alternate green and blue tiles delineated with black fine lines. These tiles would normally be inlaid with abalone. The rim itself is carved and painted red. The square-cut shape, and the tile pattern show much similarity with Hawk Headdress 02.05.003, and both frontlets were made by by the same hand, Xi’xa’niyus (Quentin Ehrmann-Curat, 2015).