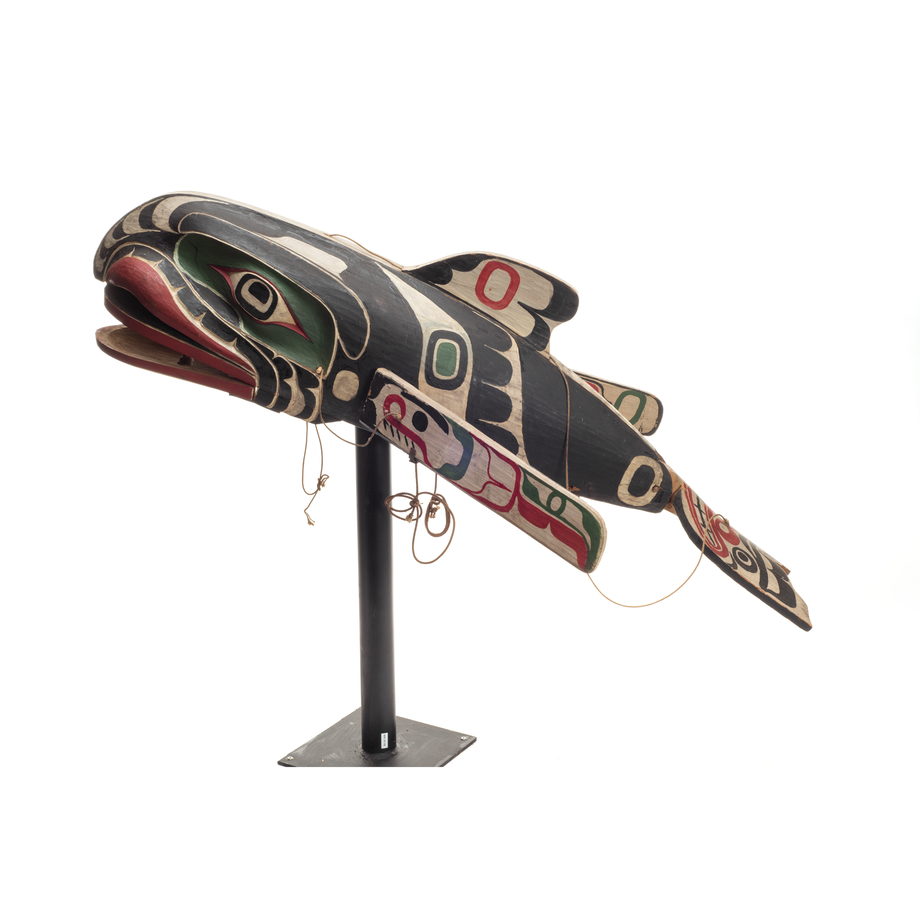 Owned by Alex Currie until its forced surrender to Indian Agent William Halliday on March 25, 1922. Halliday later displayed and photographed the seized pieces at the Parish Hall in Alert Bay.

Articulated whale mask with broad lips and a crested snout. The hinged lower jaw, the side fins and tail fin are manipulated by a series of pullies attached with cotton twine. A humanoid face on the flat tail is painted black and red on a white background. Black, green, red and white painted details.