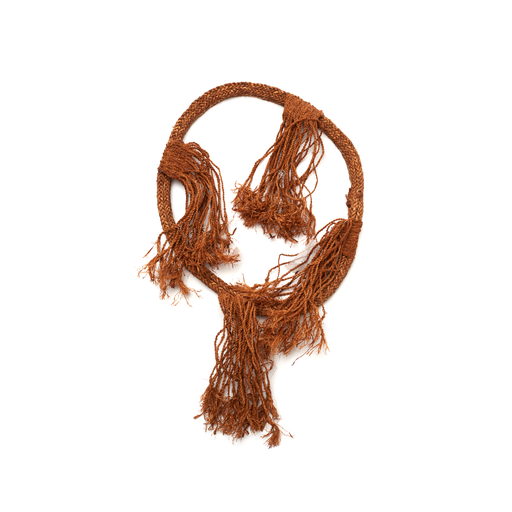 Hamat´sa neck ring, made of red-dyed cedar bark. Square in sections, it is made of four woven cedar bark bands sewn together, each being square in section. Four long fringes comprised of two-ply cedar bark lengths of rope are sewn to the ring in four places. Each rope is sewn at its centre to the ring, leaving the knotted ends to hang down. White bird down clings in places to the fringes. The neck ring is misshapen and some areas on the underside are damaged. NMM accession number is written in black paint on the side.