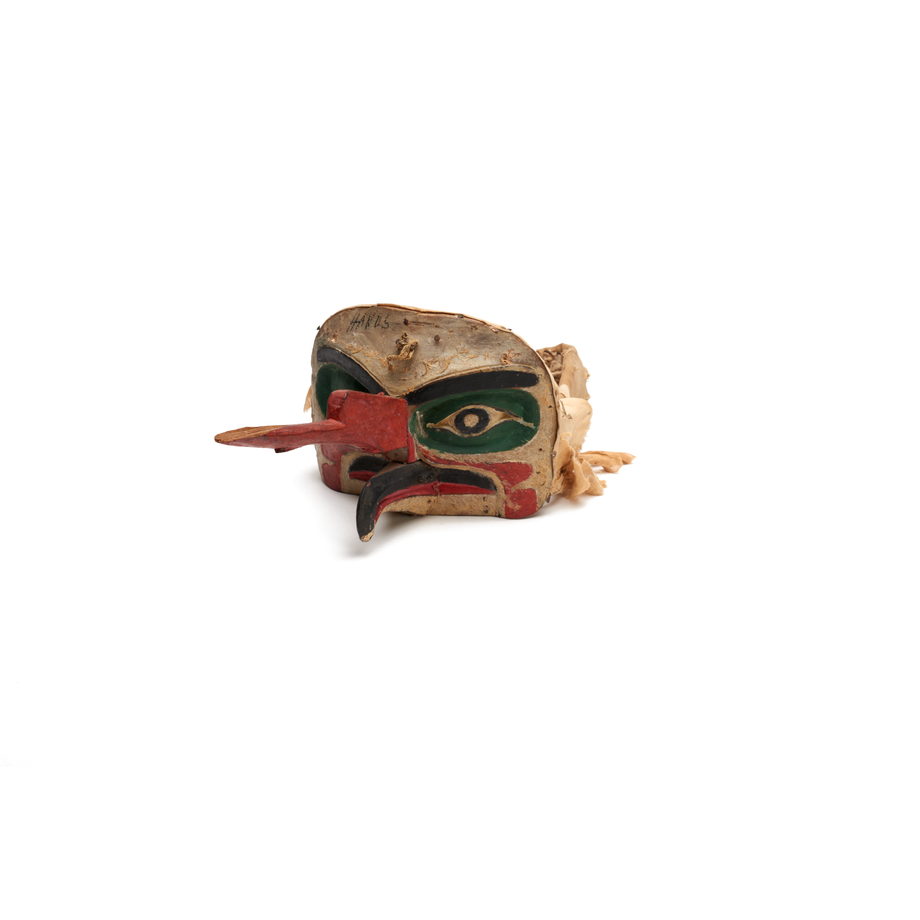 This Weather Dance headdress can be worn by a male or female. The dancer would cover and uncover their face to signify the break of dawn and twirl to mimic the wind. This dance is sometimes mistaken for the Swan Dance because of the similar words in Kwak´wala ('nala means day and 'nala means swan).

This mask has a down-curved "beak" and a long projecting proboscis. The frontlet is nailed to a cedar bark band wrapped in cotton to serve as a support. The forehead of the mask was originally covered with a piece of bird skin. The two projecting pieces are painted red; the recessed eye sockets are green with carved tapering eyelids outlined with a thin black line. Red U-shapes decorate the cheeks of the masks. Thin cotton nailed to the top and the sides of the mask covered the wearer's head and shoulders (Mauzé, 1998). White, red, green, black.