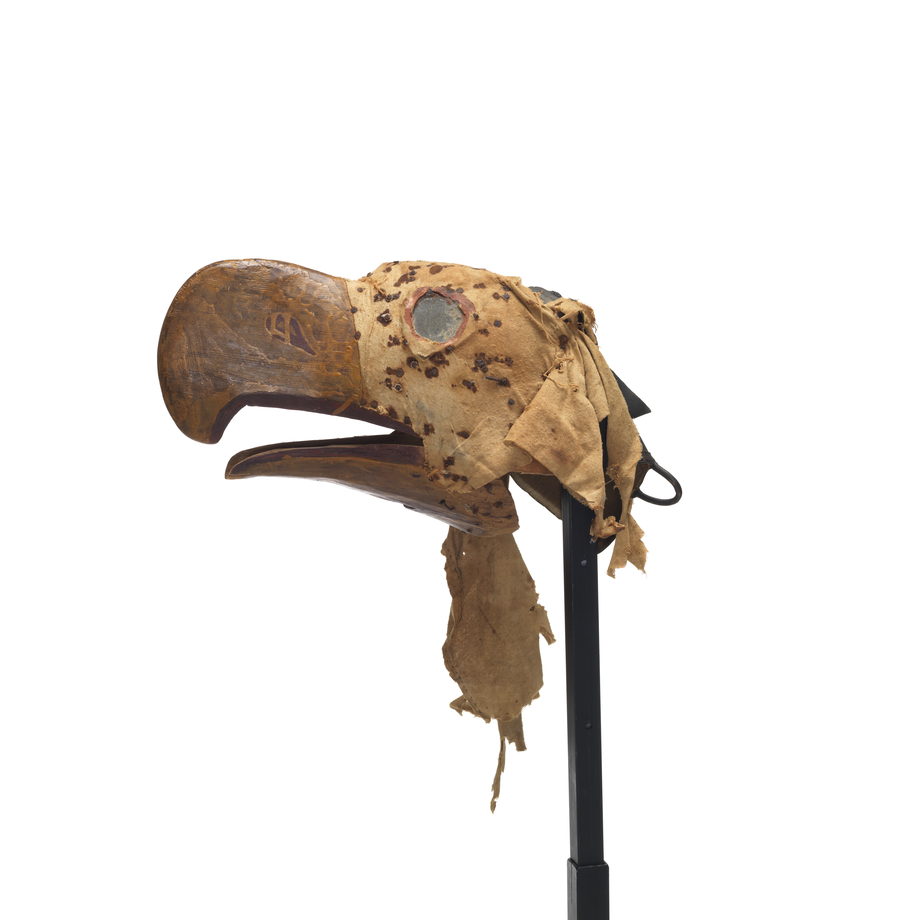 Kulus is similar to the Thunderbird, but it is smaller and does not have spiral horns. Instead of feathers, Kulus has a coat of white down so thick it makes him sweaty. When he is overheated, he removes his down and becomes human for a while. This represents the ability, like the Thunderbird, to transform and become human. In many origin stories, Kulus flew down from heaven and shed his costume to become the founding ancestor of a tribe or clan.

Kulus is a young thunderbird who lives in the sky. He is respected as a helpful and protective spirit of chosen ancestors. In many legends, Kulus is referred to as the younger brother or sister of the Thunderbird. Kulus does not have feathers and is noted for its very thick coat of white down; it is said to be so thick that the bird has the tendency to perspire, and is happy to remove his covering and become human for a while. This refers to the ability, like the Thunderbird, to transform and become human. In most origin stories, a Kulus flew down from heaven and shed his costume to become the founding ancestor of the tribe or clan.

Bird mask carved from red cedar and painted yellow and maroon, featuring a wide curved beak. The separate lower jaw is hinged with cords through holes. The head is covered with cloth; some of the numerous nails through the cloth still attach fragments of skin and bird down. Nails secure the mirror glass eyes, nails in rear edge of the lower jaw still attach fragments of cloth. A semicircular hole is cut in the lower jaw. A large and a small piece of rubberized fabric are nailed at the back of the mask. Inside the mask is written its former NMM Accession number. A tag that says ‘64’ and a piece of cardboard with ‘H Hanus’ written on it are nailed inside the mask. The name ‘Hanus’ is also written in black crayon on the right side of the beak.