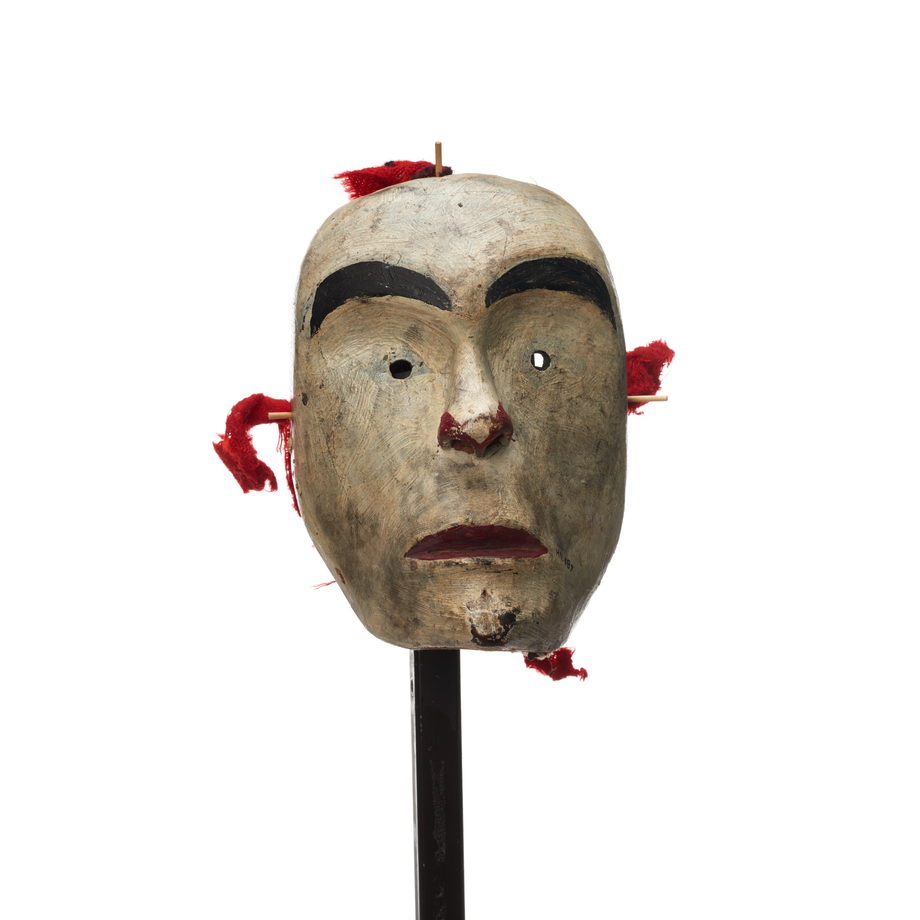 This mask is whitewashed, a technique used in Atłak´ima masks to signify a spirit and possibly in this case, a ghost. Its more feminine features suggest that it may represent a white woman.

Unidentified mask (possibly a Whiteman) listed as belonging to Harry Hanuse from the Mamalilikala. It appears that it has been whitewashed and repainted at least once. The original black paint around the chin is showing through where the newer layer of paint has been buffed off. The mask has a human-like face with beady eyes. The mask appears to be a woman with a fine, somewhat pointy nose, fine lips painted red and a rounded forehead. The chin is fine and pointed as well. The mask has very flat facial features, unlike carvings representing Kwakwaka’wakw human characters. The rim of the mask is hammered with nails to hold a cloth to cover the back of the dancer’s head. The use of a cut-up red Hudson’s Bay Company blanket could support the choice of strap coloring as belonging to the T´seka “Red Cedar Bark Ceremonies”.