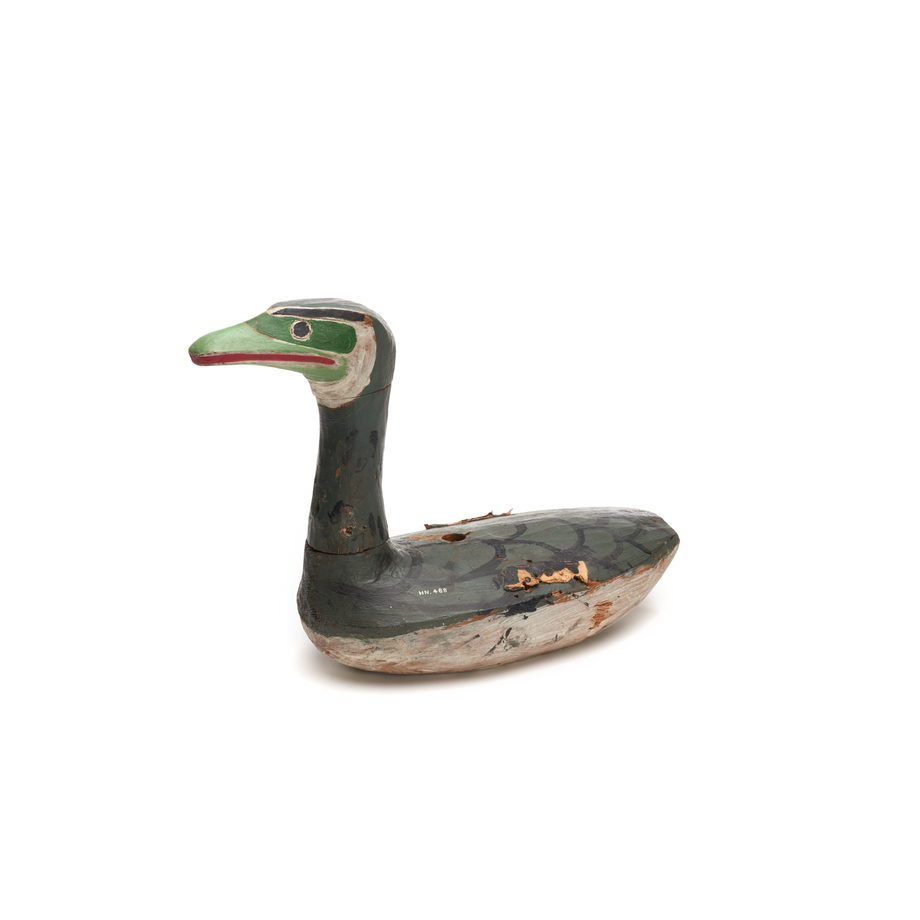 This carved duck once had painted cardboard wings and a tail and would have been held up on a stick to look like it was flying.

The duck was frequently associated with K´umugwe', the ruler of the undersea world. It is represented as floating on the water, sometimes with its wings spread out. This duck is realistically carved, and painted dark green and decorated with scalloped lines to suggest the feathers of the bird. It may have been the top part of a K´umugwe' mask or of a talking stick, as indicated by one informant. The cardboard wings attached to the main body of the duck have been born apart.

Wooden duck with the body carved from one piece of wood. It is painted dark green with black pupils and eyebrows. There are cardboard fragments present mid-body, used to hold wing structures.