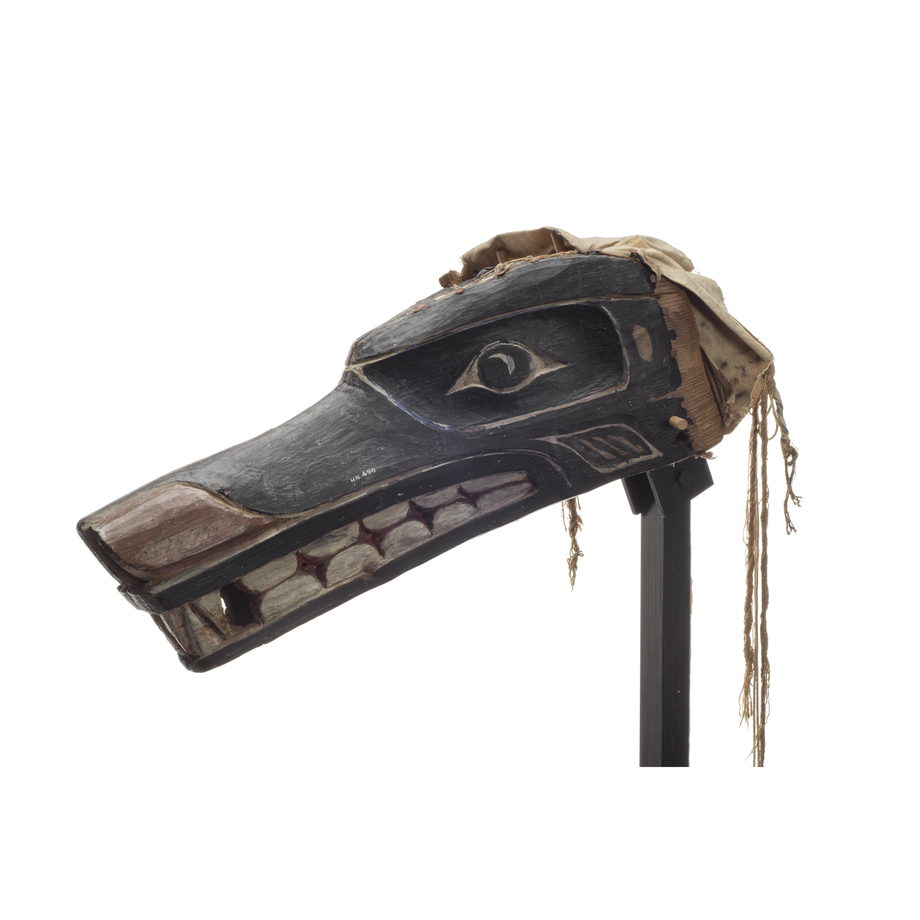 Wolf headdress carved in two pieces, and joined by nailing. One is in between the top and bottom incisors, the other higher up along the bridge of the wolf's snout. The eye socket is black with evidence of blue underneath. The nares, nostrils and in between the teeth are vermillion. The remainder is painted white except the cheek which is natural wood. White dashes are painted on top in three rows. Temples are left unpainted. The white cloth currently in place only partially covers the back. Black, red, white, blue.