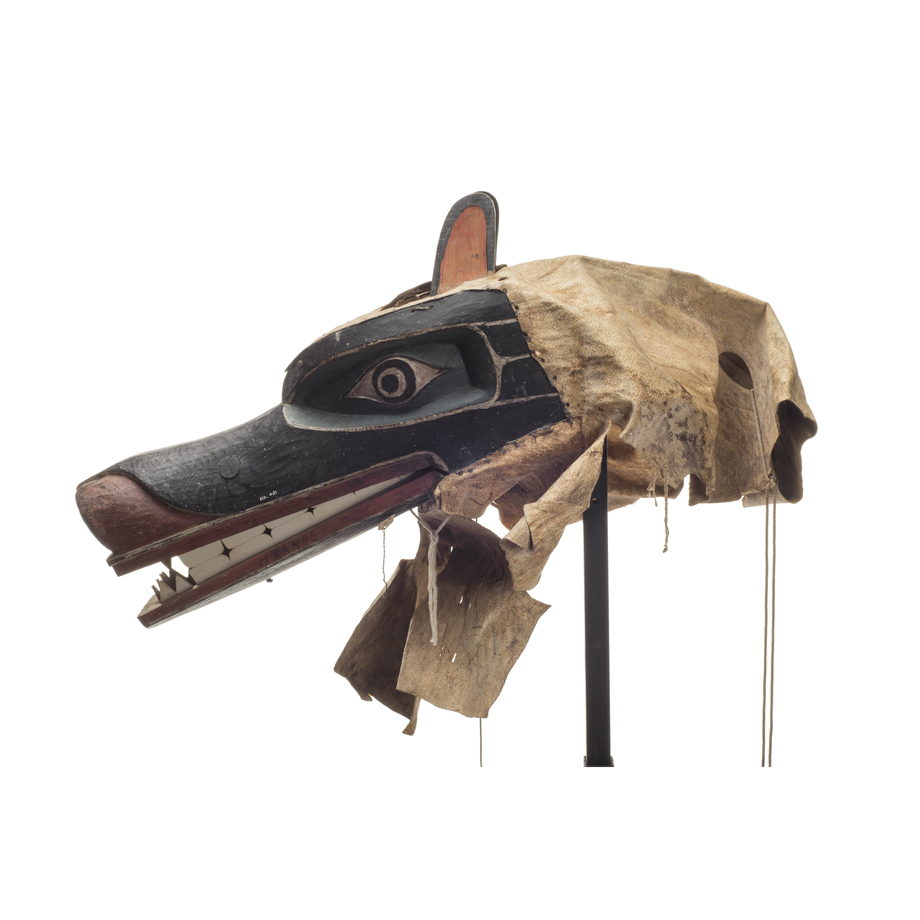 The mask has a peculiar eyesocket shaped as an elongated ovoid angular at the temples, with slightly arched eyebrows. The long muzzle is painted black with a red snout. It has upright ears simply decorated with a black outline. The inside of the ear is red. The top of the mask is covered with what may have been bear skin that also conceals the wearer's shoulders. The mask has an articulated lower jaw which when manipulated shows two rows of teeth made of white painted cardboard. (Mauzé manuscript c.1998)