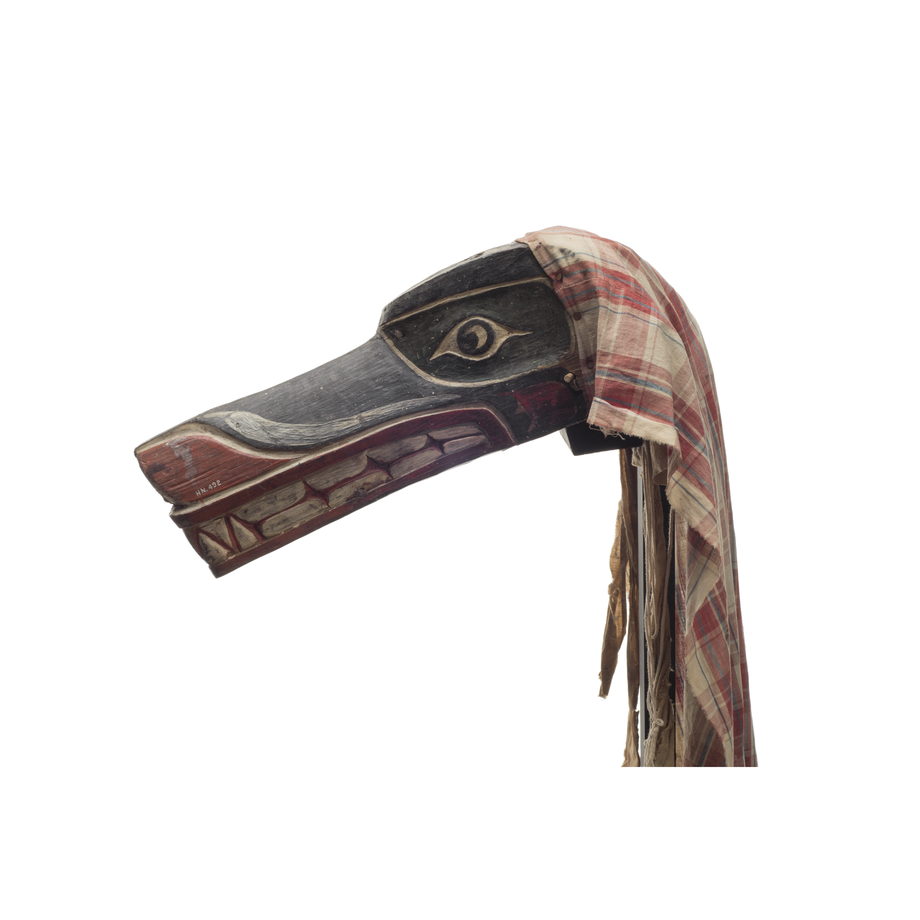 Carved, painted cedar wolf headdress. There are two drilled holes on top of the head where ears had been attached. There is a red plaid cotton head cover nailed to the mask. One piece of a wooden head support remains inside. There are white painted spots on the top of the skull. Black, green, red, white.