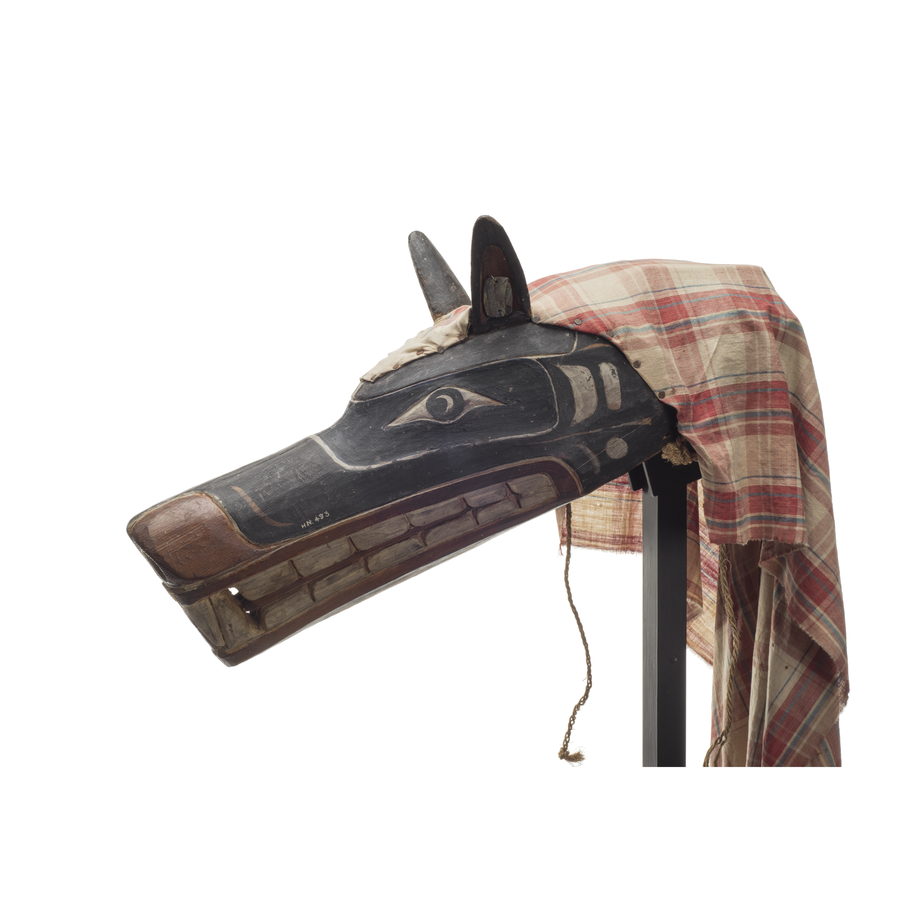 Carved painted wolf headdress painted black, red and white. The underside of the wolf is cloth painted with ovoids, U-shapes and dashes in black paint. The ears are outlined in black with square pieces of abalone attached to the ears with nails. A red, green and white head cloth is nailed over the animal skin. The rigging is composed of wood and attached cords.