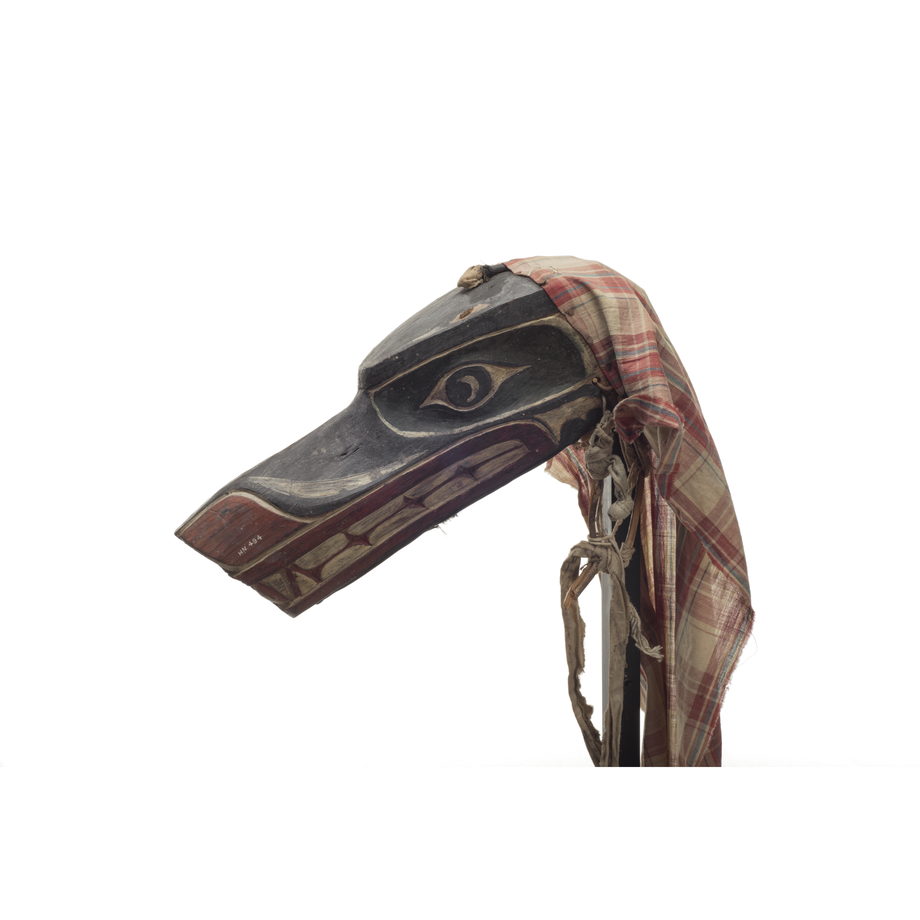 Carved, painted wolf headdress with two holes drilled on top of the head for ears which are lost. There is a red, white and green plaid cloth nailed onto the mask edge and a black cloth nailed on to the underside of jaw. All three visor mounts are broken.