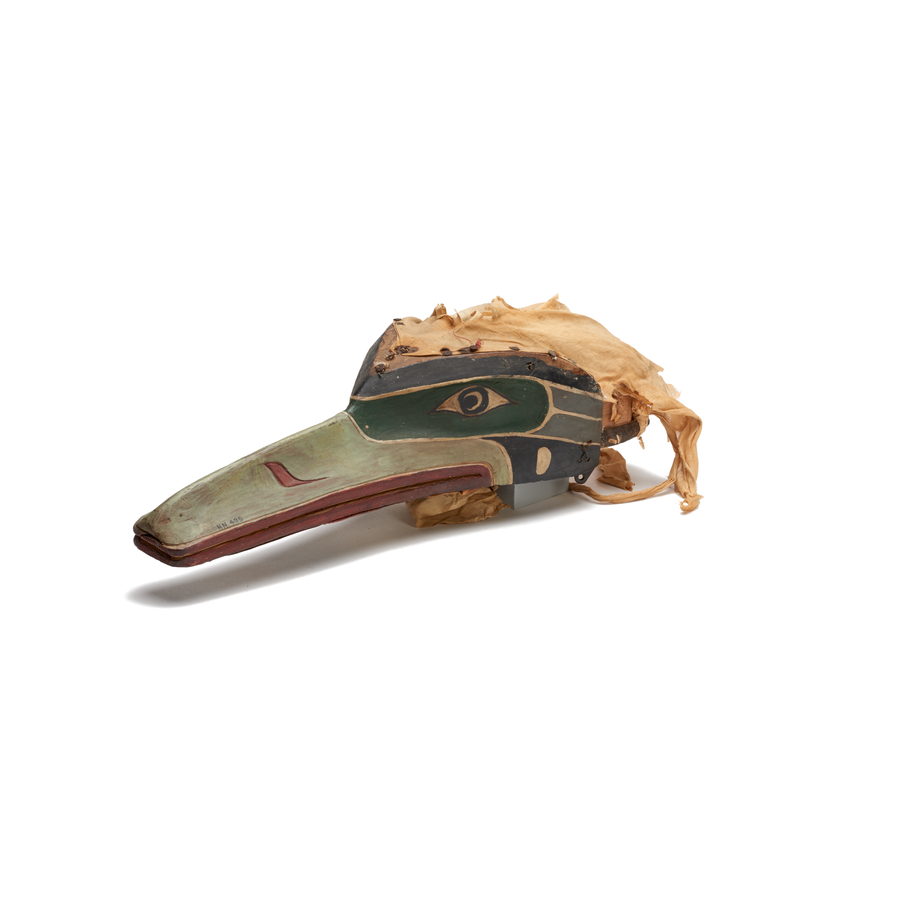 We do not know about the specific ceremony where this headdress would have been worn. Because this mask does not have any red cedar bark it may be used in both ceremonies of the T´seka Sacred Red Cedar Bark Dances or Tła’sala Peace Dances.

Bird headdress (possibly a crane or a raven), carved in wood and painted black, red, white and three shades of green. The underside of the beak has painted cloth.

Observed at a profile angle, this bird headdress suggests a raven head, although it has a fairly wide flat beak. The beak is painted light green. The black eyebrows form a V shape over shallowly-carved ovoid eye sockets painted dark green which run over the bridge of the bird's bill; they are underlined by a thin line of white paint. The top of the mask is covered with a piece of thin cloth that conceals the head support made of twigs. This back cover is very fragile, but the head support visor mount is intact and tied with string. The nostrils carved in a S shape, and the lips are red; the temples bear decorative grey and black designs. The carved beak is covered by muslin material decorated with thin and solid U shapes that intend to represent feathers. Black, red, white, green.