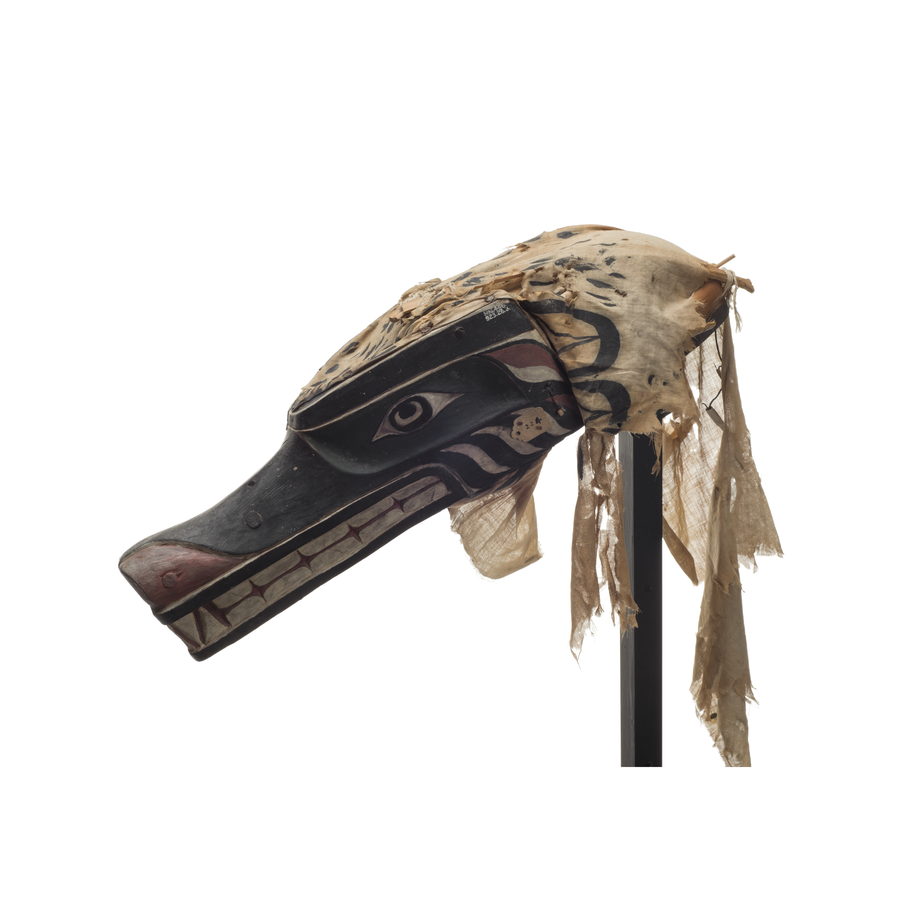 Carved and painted wolf headdress. The underside of the jaw has cloth nailed on with U-shaped design in black. The head cover cloth attached to the top and side is extremely fragile with many holes, tears, and stains. Black U forms extending the mask designs are painted onto it. Bark on the head support is loose.