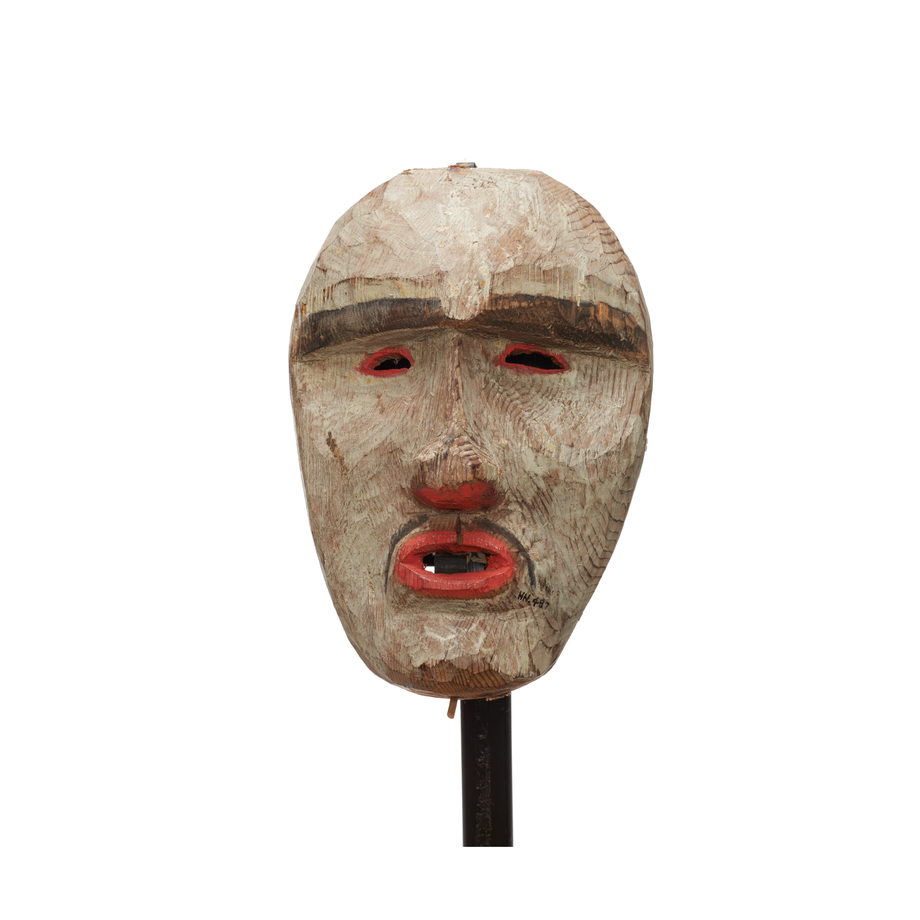 This mask is whitewashed, a technique used in Atłak´ima masks to signify a spirit and possibly in this case, a ghost.

Lalułalagamł, carved and painted mask that could represent a ghost as it has startling eyes that do not seem to be human. The eyes on this mask have an appearance of being rolled back or representing sleep. The mask features a thin mustache indicating that it is male in character. The mask is whitewashed, a technique used in Atłak´ima masks to signify a spirit and possibly in this case, a ghost. The knife marks and the natural color of the wood are still visible below the thin whitewash. The mouth has an open expression that is said to be the look of ghosts as they speak and make their haunting sounds. The mask has nails hammered into the rims where cloth was once attached to conceal the back of the dancer’s head. White, black, red.