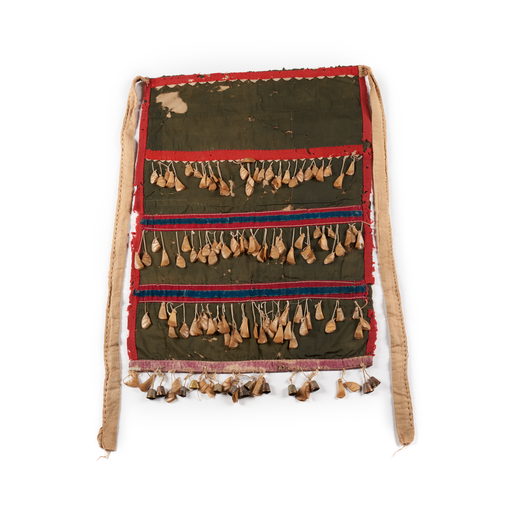 Most aprons today are decorated with family crest designs, but this one is an older, plainer style. It does have what the Kwakwaka’wakw consider the most beautiful of noise-makers – puffin beaks. Puffins shed their beaks after mating season. The Kwakwaka’wakw used to travel to a small distant island to climb dangerous cliffs to retrieve the beaks from the puffins’ nests for their aprons.

Dance apron with three rows of puffin beaks, the bottom row is a mixture of puffins and thimbles. The background is black with three horizontal red bars. There is also red fabric bordering the entire apron.