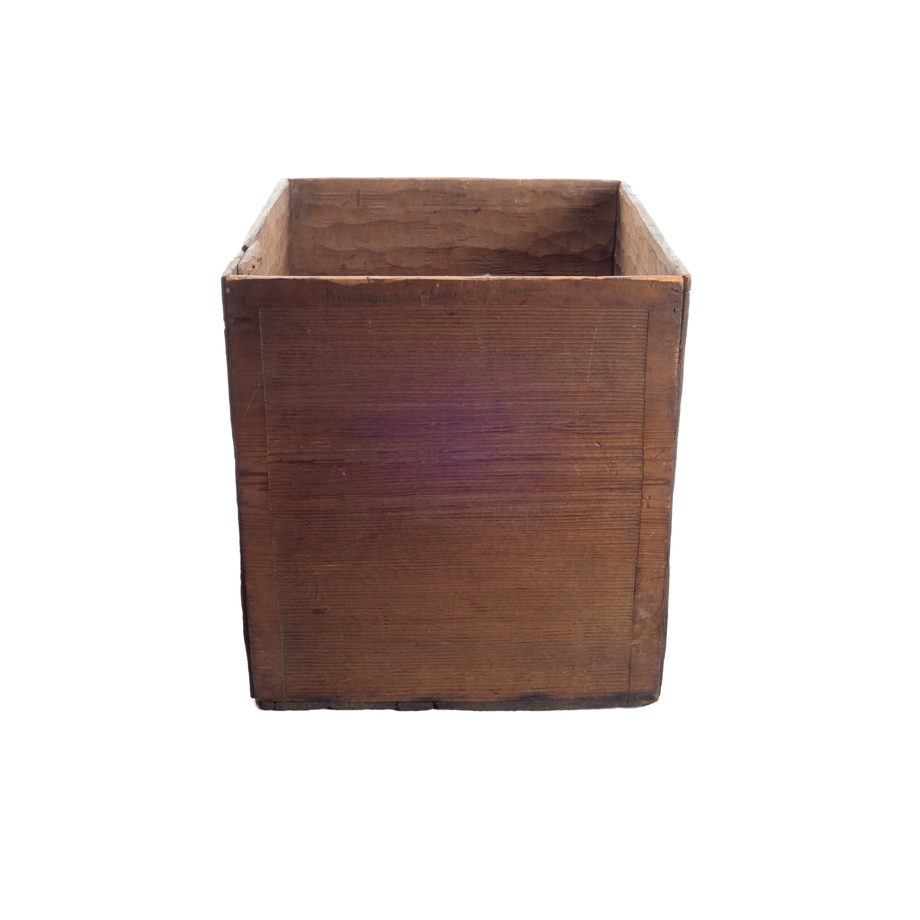 Large bentwood box made out of cedar and left unpainted. The box consists of two panels, one of which comprises the four sides, the other comprises the bottom. The design on three sides of the box is a simple pattern of carved horizontal lines with a 5-7 cm border of plain wood. The fourth side (probably the back) is knife-carved in intaglio. The inside of the box shows adzing marks. The box is in very fragile condition and all four sides of the box have been nailed together to stabilize them. Brown.