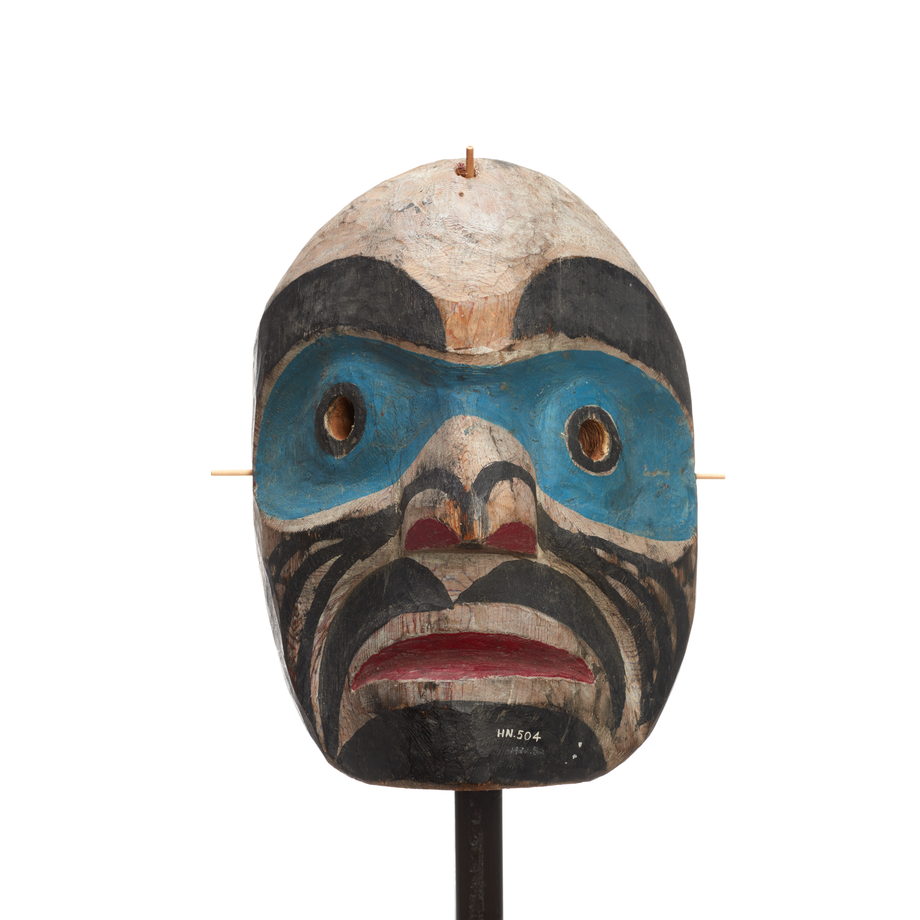 Each ‘namima or family group has a designated speaker who is knowledgeable about his family’s privileges and history.

Owned by Sam Charlie until its forced surrender to Indian Agent William Halliday on March 25, 1922. Halliday later displayed and photographed the seized pieces at the Parish Hall in Alert Bay. After doing an inventory, he crated the items in June, and at the end of September he shipped some of them to the Royal Ontario Museum in Toronto, on long-term loan from the National Museum of Man (now the Canadian Museum of History). They remained in the possession of the ROM until the NMM pulled its loan and returned the pieces to the Nuyumbalees and U'mista cultural societies in 1988. In 1995 Sam Charlie's daughter, Mary Beans (nee Charlie) requested her father's regalia be transferred from Nuyumbalees to U'mista for display.

Roughly shaped mask, white-washed with blue paint across the eyes. Red nostrils and lips. The mouth is down turned. A black design starts at the tip of the nose, curves up around the nares, and onto the cheeks, where it splits into three separate lines. Theses lines curve around the cheek and end down at the bottom of the jaw where they conjoin again. The entire eye socket area is painted blue, including the bridge of the nose. The black eye circles are pierced through for the wearer to see. Eyebrows, eyeline, moustache and goatee are all painted black.