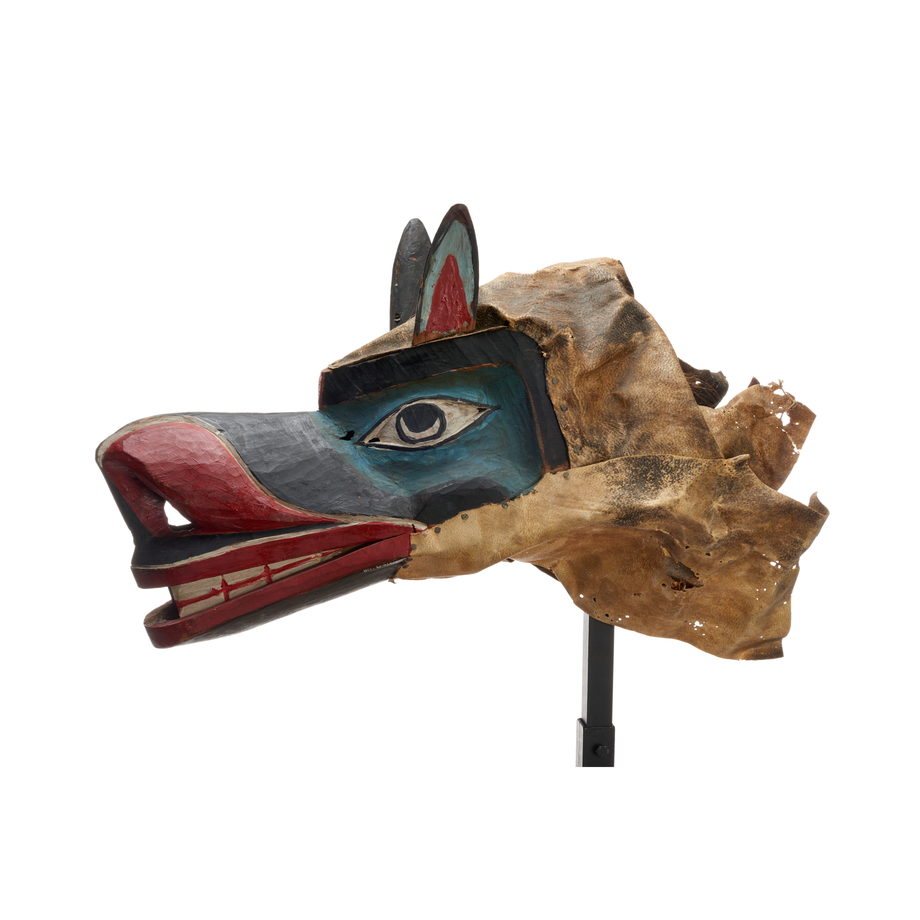 Owned by Sam Charlie until its forced surrender to Indian Agent William Halliday on March 25, 1922. Halliday later displayed and photographed the seized pieces at the Parish Hall in Alert Bay. After doing an inventory, he crated the items in June, and at the end of September he shipped some of them to the Royal Ontario Museum in Toronto, on long-term loan from the National Museum of Man (now the Canadian Museum of History). They remained in the possession of the ROM until the NMM pulled its loan and returned the pieces to the Nuyumbalees and U'mista cultural societies in 1988. In 1995 Sam Charlie's daughter, Mary Beans (nee Charlie) requested her father's regalia be transferred from Nuyumbalees to U'mista for display.

Carved and painted red cedar wolf headdress. The separate lower jaw is not articulated. Attached to the back is a hide head cover which has become stiff and brittle. The headdress is painted red, white, black with blue eye sockets and blue on the ears.