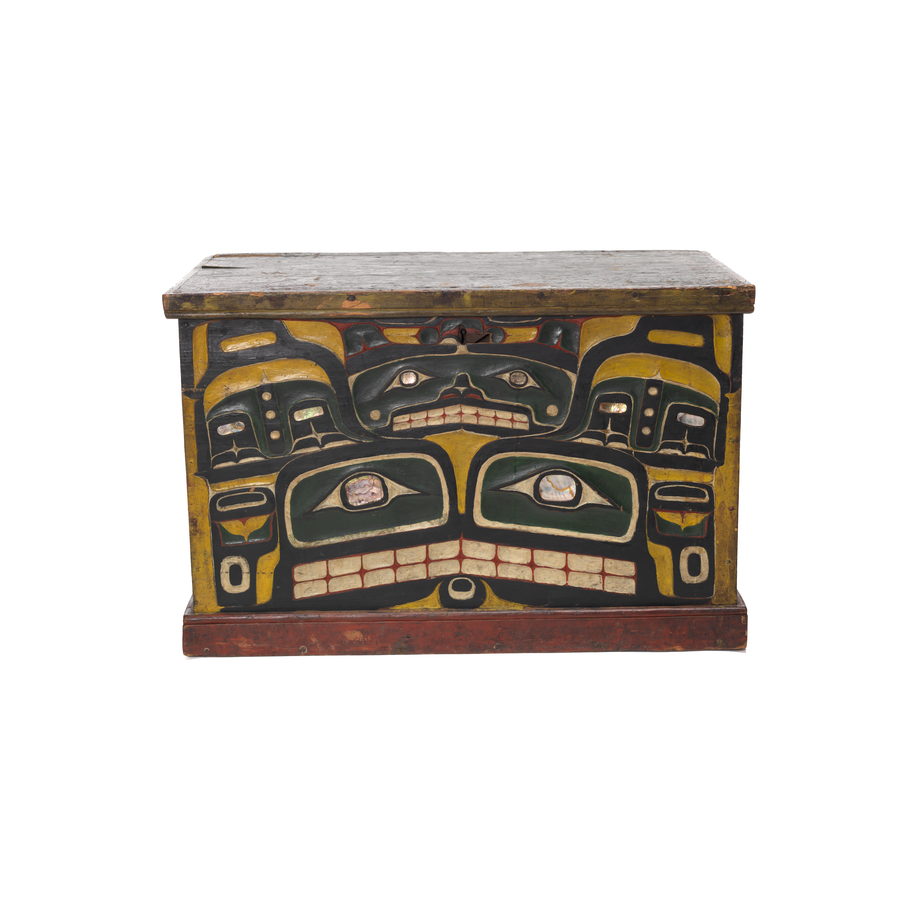 This treasure box was owned by Sam Charlie and transferred to Alert Bay at the request of his granddaughter. It is a carved and painted bentwood storage box with eight pieces of abalone inlay on the front whale design. Only one half of the back is carved and painted.

Carved and painted bentwood-style storage box with eight pieces of abalone inlay on the front. The designs depicted are a whale on the front and abstract anthropomorphic figures on the sides. The back of the trunk is only half-completed in both carving and painting. Yellow, green, red, white, natural wood.