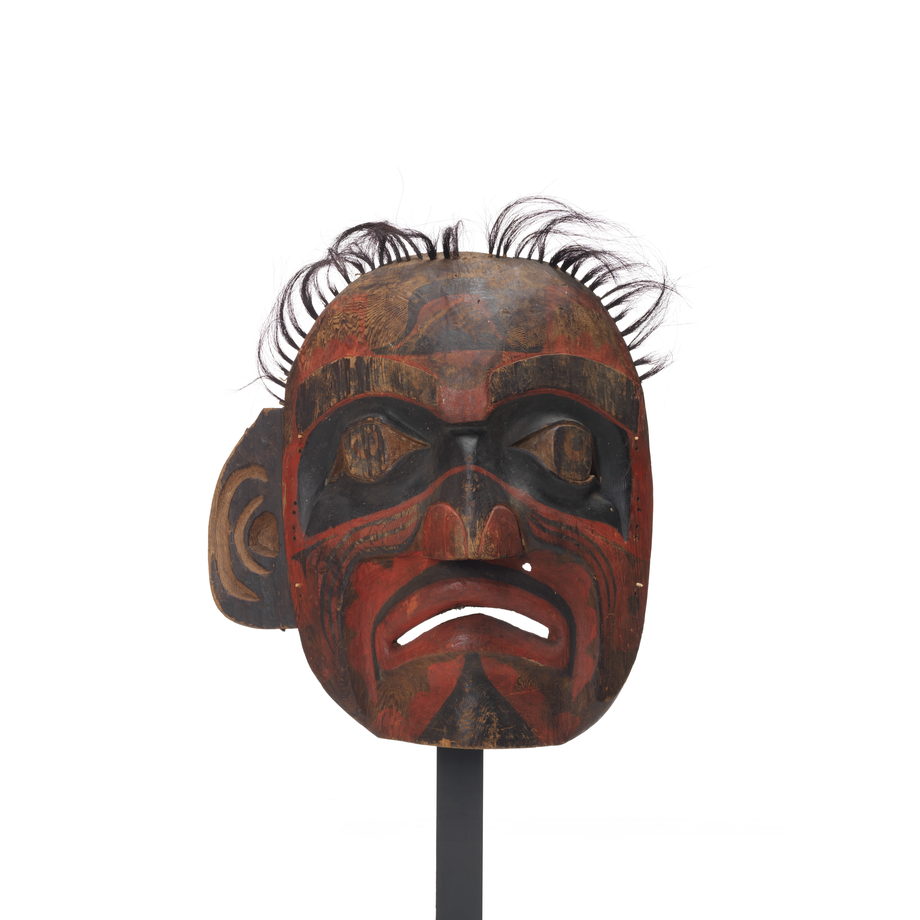 This dance mask represents the history of a man from the Mamalilikala. His family and fellow chiefs wanted him to uphold his chiefly position and host a feast. Because he would not listen to them, they felt that they had no choice but to kill him. This story is still told today through a dance that is performed by the families of his tribe. Look for the Deaf Man mask being danced in the film playing in this gallery.

Large, carved and painted humanoid face mask. Tufts of black horsehair on top of the head. A string zigzags between the metal staples on the inside, to be used as a head tie. 10 rusted staples on left inside of mask, 11 on the right. One big ear attached to left side of mask, the other ear lacking.