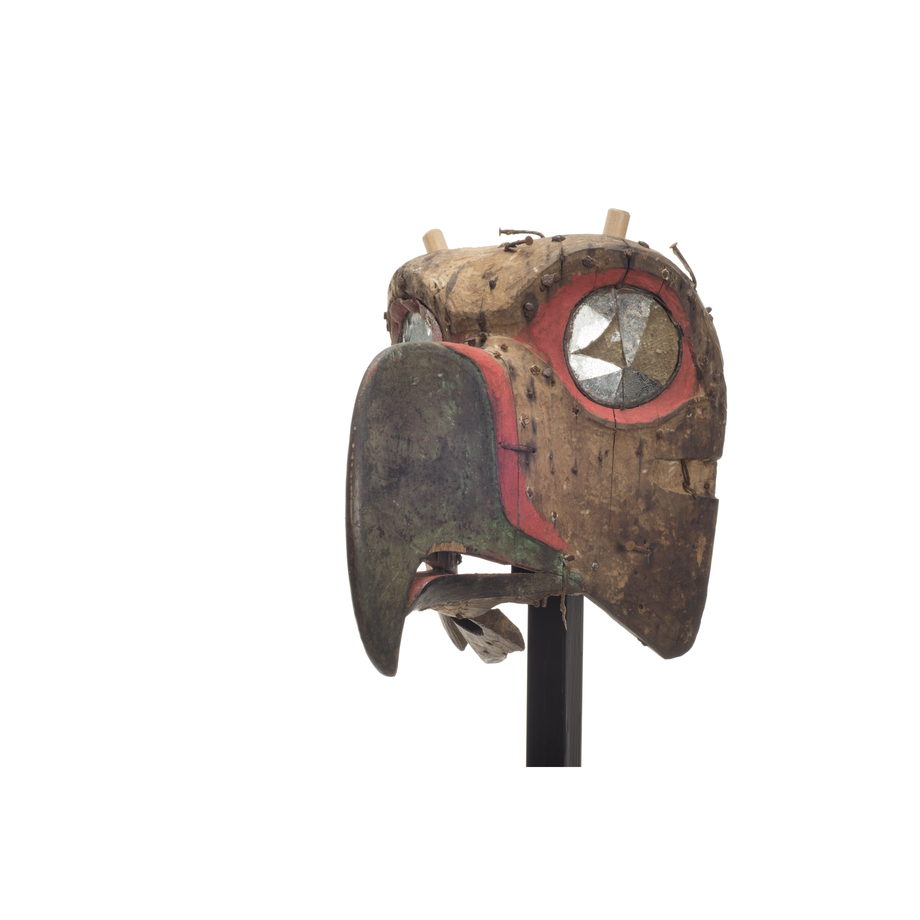 This Kulus mask may be one of the oldest masks in the Potlatch Collection. Can you see how its overall shape is very expressive, but quite simple? This may be because it was made with pre-contact tools without metal blades. Most masks produced in the 20th Century use synthetic or man-made paints. This mask is decorated with natural pigments which offers us another clue to its age.

Bird mask carved in wood with big, round mirror eyes, a short, downturned green beak with a movable lower jaw which is nailed and tied together. There are nails throughout the mask which were used to hold the feathers in place. Brown, green, orange-red.