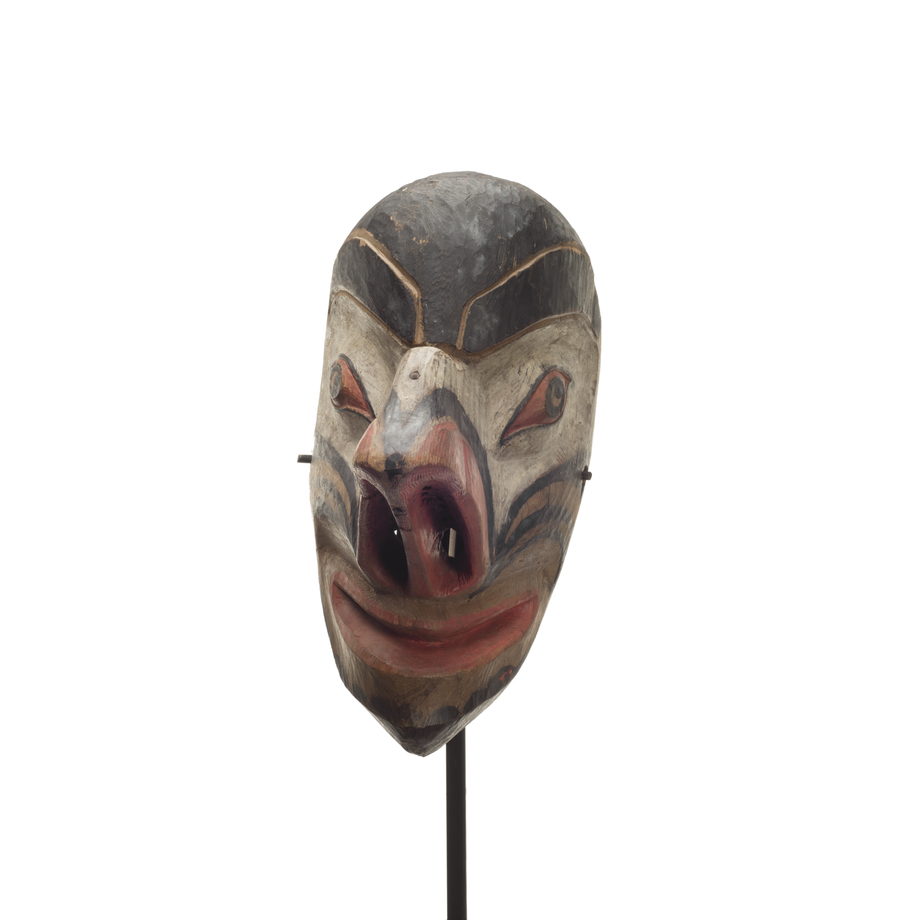 Wooden mask, somewhat crudely carved and painted with an oil-base paint. A piece has been added to increase the site of the nose. The forehead is painted solid black. The outer eyelid line is painted black; the inner line is carved and painted red. The eyes are featured in black with eccentric pupils joined to the circle of iris. White painted eye sockets extend across the bridge of the nose. The nostrils are red. Black concentric crescents are painted on the cheeks; this line continues in a sequence of scalloped U-forms under the chin.