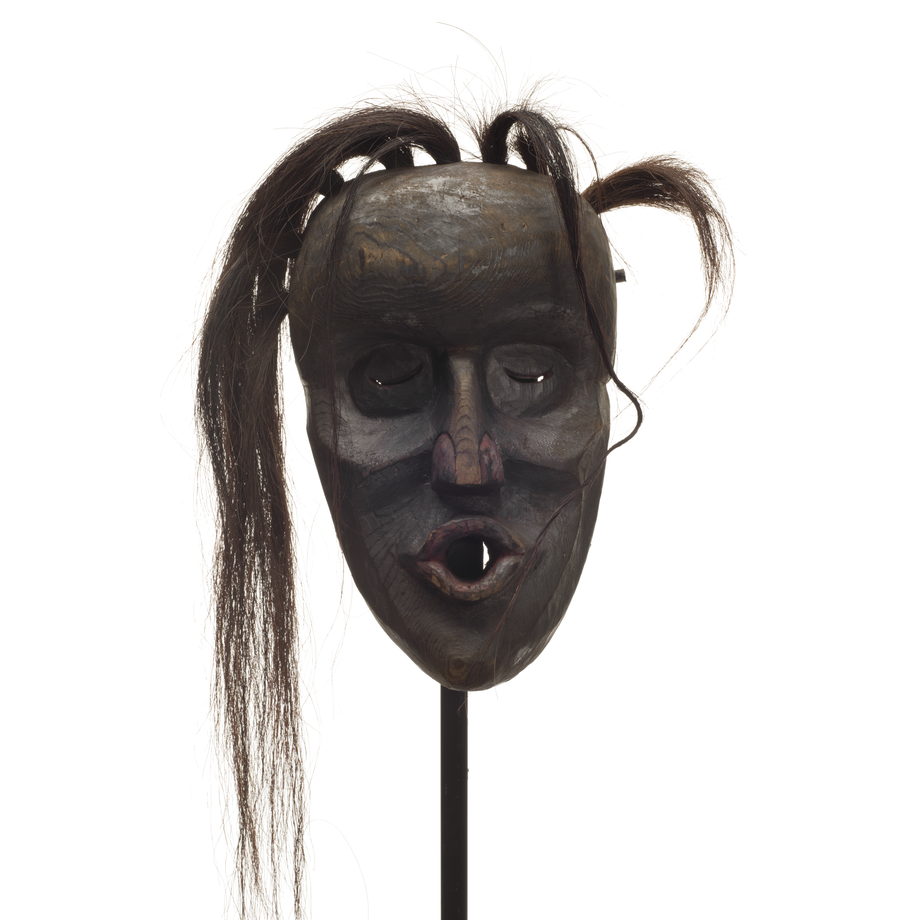 Wild Woman of the Woods

In most Dzunuk´wa legends, this giant of the woods is female, black in colour, with messy hair, exposed breasts and a puckered mouth. She is a terrifying and threatening creature who carries a huge basket on her back into which she puts the mischievous children she captures. Although Dzunuk´wa is a giant, she is easily out-witted by children as she is not so smart and very clumsy.

The Dzunuk´wa is a big man who lives way up in the woods. He’s almost blind, and moves very slowly. He always carries a basket on his back cause he will come down from his house way up in the forest to collect children. There was a bunch of children playing, but they wouldn’t let this one boy play with them because he had deformed lips. So, the boy with deformed lips was sitting on a log trying to carve a stick with his knife. Dzunuk´wa got there and he threw the boy with the knife in his basket. Then he went over to grab all the other kids and threw them in the basket too. Then the Dzunuk´wa started to walk up to his house way up in the forest. The boy with the deformed lips used his knife to cut a whole in the basket and him and the other children escaped and ran home. After that the children treated him really well because he was a hero and saved their lives.

Dzunuk´wa Wild Woman of the Woods mask carved from one piece of red cedar and painted black graphite (worn at places) and red with natural pigment paints. Lips and nares are painted red. The mask is plain and is small compared to other Dzunukwamł in the Potlatch Collection. It has a bulbous prominent brow that connects to overhanging eyebrows. The nose is quite human-like, while the cheeks and jaw line are very fine and almost skeletal or slender. The eyes are the usual sleepy slit-like eyeholes for the dancer's visibility and the mouth is carved through to utter the sound of the Dzunuk´wa, which is "Huuu!" Eight (originally nine) large tufts of horse hair are inserted into holes in the top of the head. The harness is missing, however there are pairs of nails on the side and top edges, one of which has a strip of cloth attached; these possibly formed the original harness attachments.