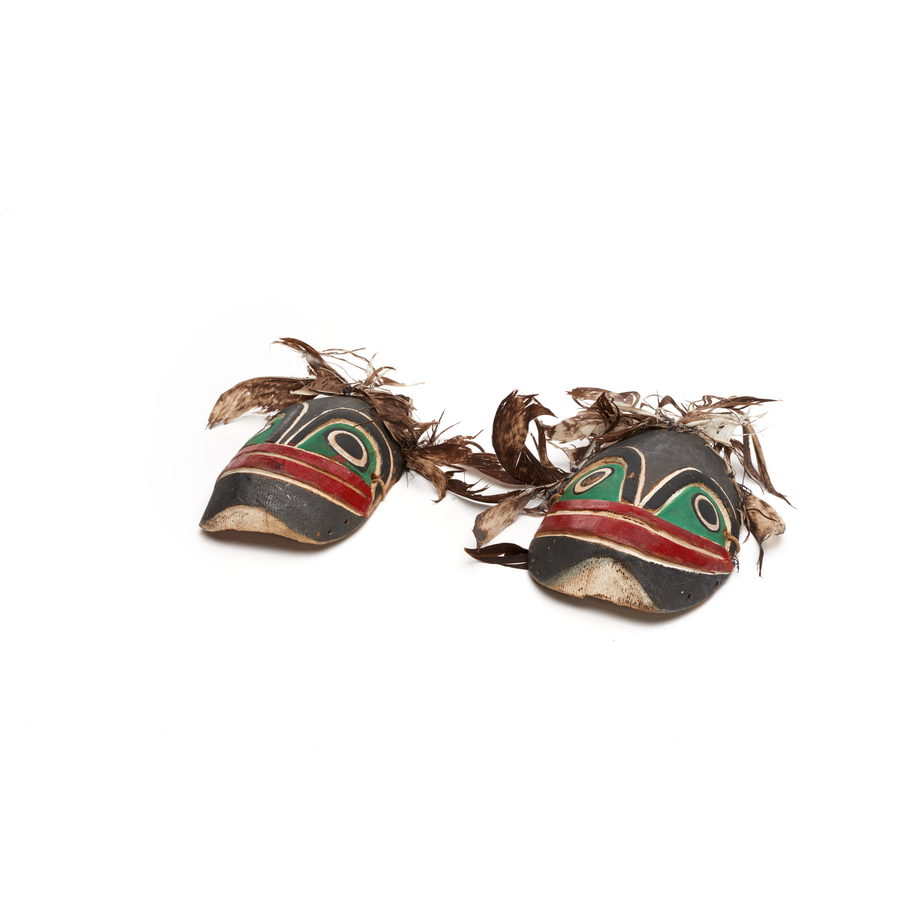 Frog kneecap decorations (a, b) for a Bak´was costume. Kneecaps are decorated with carved and painted frog faces. The face is painted mostly black with red lips and green around the eyes, white paint delineates all of the design. The left frog is damaged, a piece of the right side broke off. The feathers attached to the top of the mask are tied on with black string. Green, black, red, white.