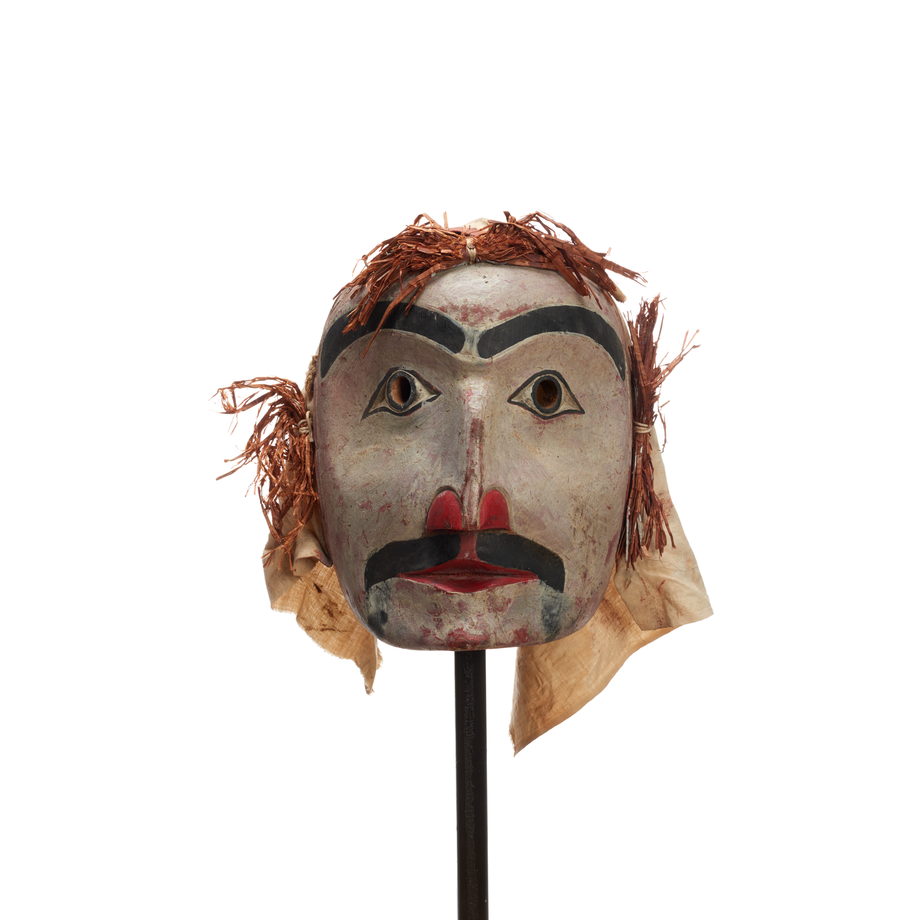 Atłak´ima mask probably representing Hamasi’no, a Cannibal. Red paint, like blood, appears to have come from the mouth originally. It is part of Harry Mountain's At´łak´amł.

This mask is unidentified. As the majority of the Atłak´ima beings are male and similar in form, it is difficult to identify the characters. (WWII)