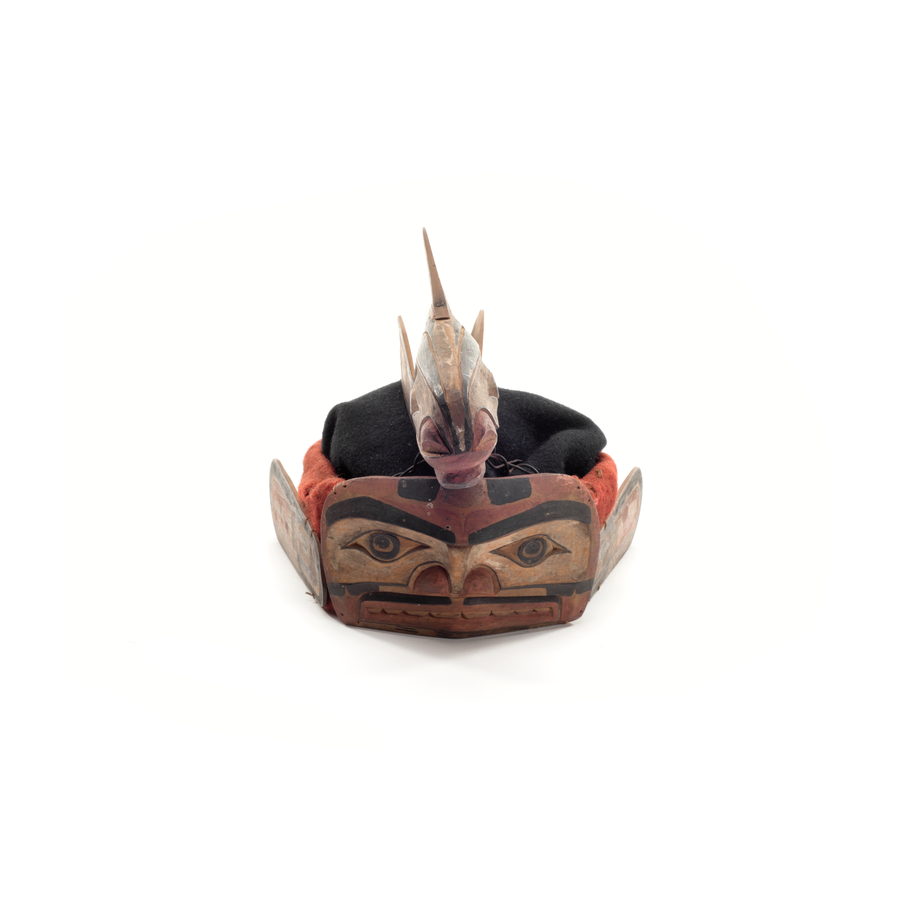 This headdress was probably carved by Xi’xa’niyus, also known as Bob Harris, a talented carver of the early 1900’s. A Da’naxda’xw from New Vancouver, Xi’xa’niyus took part in the St. Louis World’s Fair of 1904, with fellow Kwakwaka’wakw Charles Nowell, and five Nuu-chah-nulth, where they performed their songs and dances for the curious visitors (Ford, 1941; see also the Summer 2012 edition of U’mista News).

The headring itself consists of a bundle of cedar bark covered with woolen fabric, to which is attached five carved pieces which form the salmon: a humanoid face with a hooked snout, flanked by two side fins decorated with ovoid designs, and terminating with two flat pieces representing the tail. It is topped by a three-dimensional carved whale which presents the characteristic features of a sea-animal. The salmon and the whale are decorated with fine ovoids and inner ovoids painted black, red and black U and split U shapes as well as with cross hatchings. The workmanship of Xi’xa’niyus is a good example of Kwagu’ł style. (pg. 180, Mauzé manuscript c.1998).

Carved and painted whale headdress consisting of six wooden pieces. The whale figure, which is on top, is attached to a fabric and wooden headpiece with wire. The whale is missing its tail. Black, red, green, white.