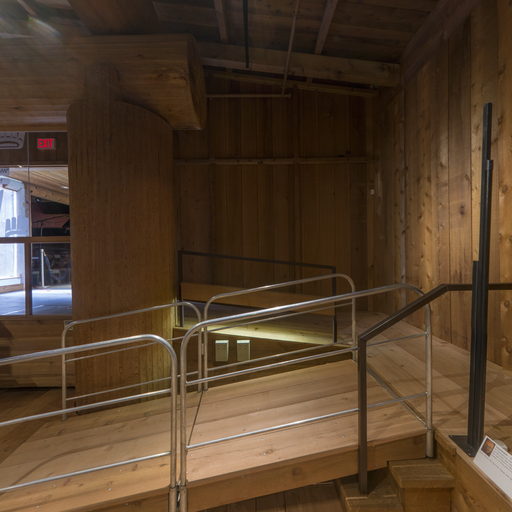 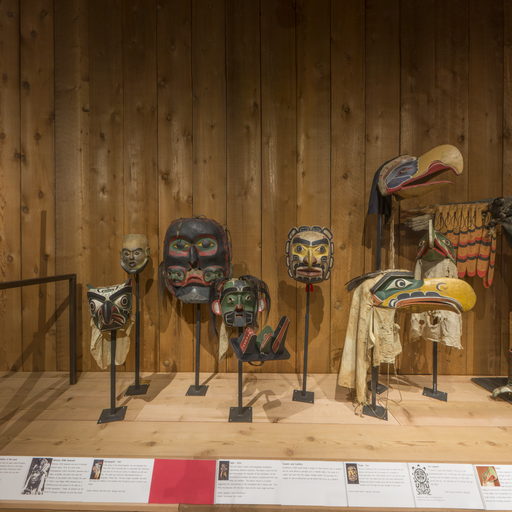 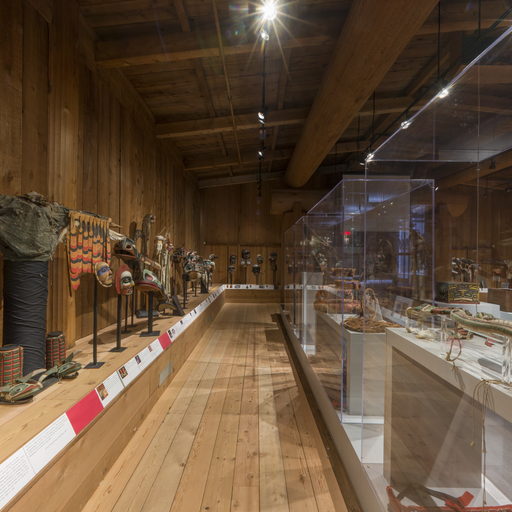 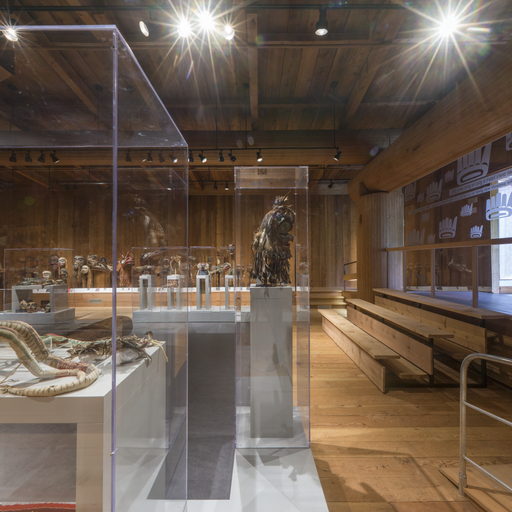 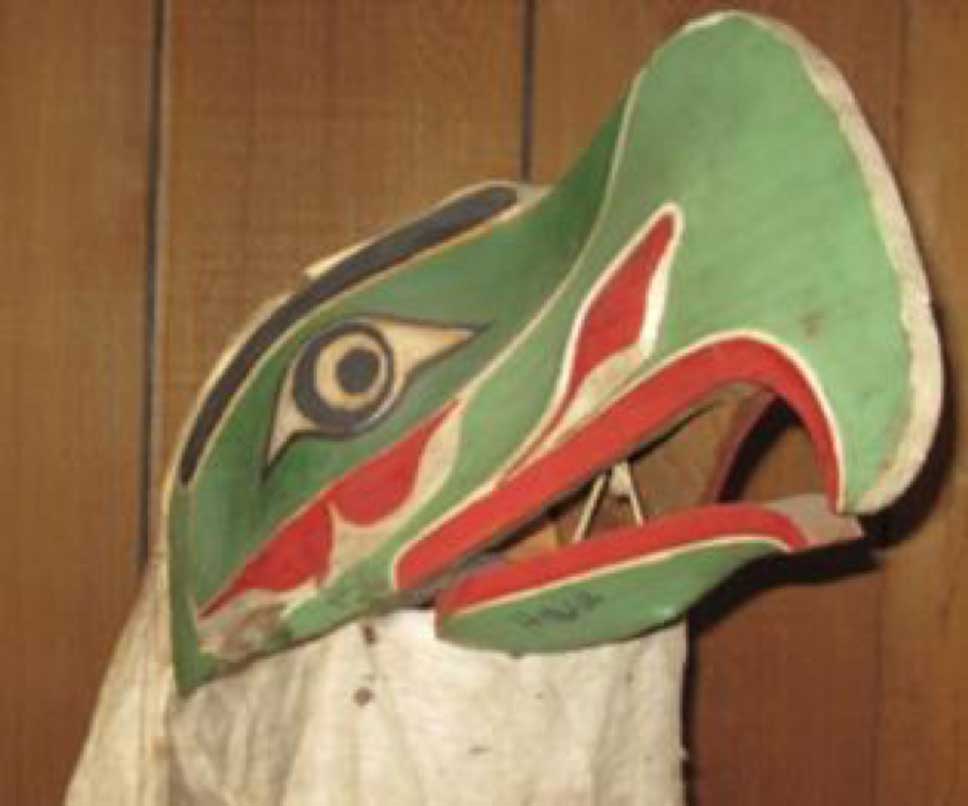 In many legends, Kulus is referred to as the younger brother or sister of the Thunderbird. Kulus does not have feathers and is noted for its very thick coat of white down; it is said to be so thick that the bird has the tendency to perspire, and is happy to remove his covering and become human for a while. This refers to the ability, like Thunderbird, to transform and become human. In many origin stories, a Kulus flew down from heaven and shed his costume to become the founding ancestor of the tribe or clan.